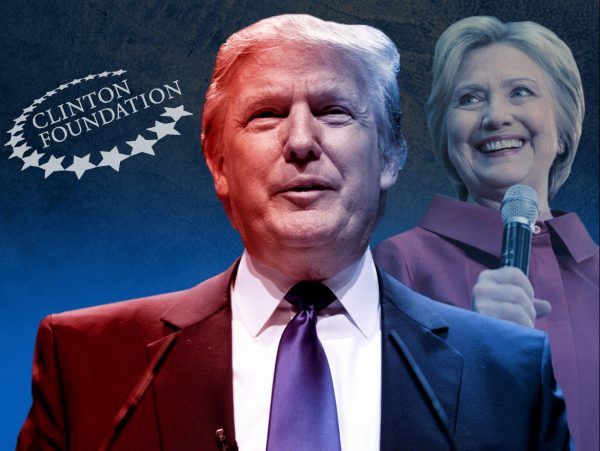 Like Hercule Poirot, the ace detective in Agatha Christie’s mystery “Death on the Nile,” Donald Trump quickly grasped that the widespread conspiracy against his presidency was far more than random campaign felonies by political hacks.

Not lost in the weeds like obstructionists, candidate Trump must have suspected senior elements within the IRS, FBI and the Department of Justice (DOJ) would fear his candidacy more than any other.

Hillary Clinton, for certain, would never unpack the sordid history of scandals missed and covered up back to 1993, or even earlier — she was the “insurance policy” for the swamp.

So an investigation into her manifest mishandling of classified information on her private email server was bottled up, the primaries were rigged in her favor, and it was full speed ahead to the White House — until that did not happen, thanks to millions of forgotten men and women who made their votes count.

For those expecting an historic first Madam President and second President Clinton, events at polling places on Nov. 8, 2016, ushered in an unthinkable living hell.

Stopping the not-so-quiet coup. Early on Nov. 9, 2016, President-elect Trump likely understood that numerous suspects would plot against him, including some individuals he once might have thought were true allies.

So, a political “neophyte” (as if!) seems to have laid traps, even nominating Rod Rosenstein to take the powerful position of deputy attorney general, standing down as Rosenstein selected his mentor, Robert Mueller, to serve as special counsel investigating “Russian collusion,” even as Mueller packed his team with openly biased partisans.

Fortunately for Trump and unfortunately for his enemies, there are records and now the general public is coming to study these closely, even as Democrats and blinkered media elites refuse to see the obvious.

Now that appetizers are served — the Nunes memo and Democratic countermemo are mere morsels — Americans deserve to read as much as possible of Inspector General Michael Horowitz’s forthcoming report, so that all who choose to think for themselves can understand just how profoundly America’s justice system has been corrupted since 1992.

As Congress and the new digital media now do jobs abandoned by the formerly intrepid investigative journalists with mainstream outfits, Americans and the global audience are about to look behind the curtain into a real-life “Game of Thrones.”

Connecting the dots: the evidence that matters. For almost 18 years, Team Clinton, Team Bush, and Team Obama have allowed a small library project in Arkansas to mushroom into the largest set of international charity frauds ever attempted.

(Why is Team Bush included in that listing? Because even though Democrats lost the fateful 2000 presidential election, somehow the Clintons resisted prosecution for these crimes.)

Who shuttered investigations of these early Clinton felonies from 2001 through 2005? Starting in February 2001, the FBI, a U.S. attorney, and a grand jury began considering evidence of fraud and public corruption involving Bill Clinton and the Clinton Foundation. To see how we know this, visit the FBI Vault.

Related: The Obama Coverup for Hillary Clinton Was Worse Than Collusion [1]

By Sept. 4, 2001, Robert Mueller was FBI director, a position he held for 12 long years, as the Clinton Foundation frauds ballooned globally in magnitude and negative consequence.

By January 2002, James Comey — then U.S. attorney for the Southern District of New York — led the “prosecution” against the Clinton Foundation and Bill Clinton until December 2003, when he was promoted to deputy attorney general, a position he held until August 2005.

From 2001 to 2005, Rod Rosenstein led DOJ’s efforts to ensure enforcement of tax cases such as the Clinton charity frauds. And from September 2003 through May 2005, Christopher Wray, the present FBI director, led DOJ’s criminal division, concentrating on fraud cases, including Enron.

The American people certainly deserve to understand how Mueller, Comey, Rosenstein, and Wray missed for so many years the multiple large and obvious frauds and corruption centrally involving the Clinton Foundation, its trustees, its professional advisers, and its significant advisers.

Unless these, too, have been “BleachBit,” all of the records of the first botched investigation into the Clinton Foundation need to be aired with we, the people.

Unless these, too, have been “BleachBit,” all of the records of the first botched investigation into the Clinton Foundation need to be aired with we, the people. When that happens, America will see just how badly the muddy waters in Arkansas filled the low ground along the Potomac River, making it the putrid swamp that desperately needs draining today.

In Washington, D.C., in state capitols, and in city halls, the punditry drives conservative Republicans from office whenever there are even the slightest appearances of impropriety. This same conga line of expert ethicists is only too happy to ignore criminal conspiracies perpetrated by Democrats and moderate Republicans.

Mueller, Comey, Rosenstein and Wray need to start answering pointed questions under oath. When they do, many heads will roll and the swamp may finally begin to recede.

Charles Ortel, a retired investment banker, concentrates on exposing complex frauds in his new career as an investigator, writer and commentator. Since August 2017, he has been hosting the “Sunday with Charles” [2] podcast and covering the Clinton Foundation case in depth, using publicly available source materials.