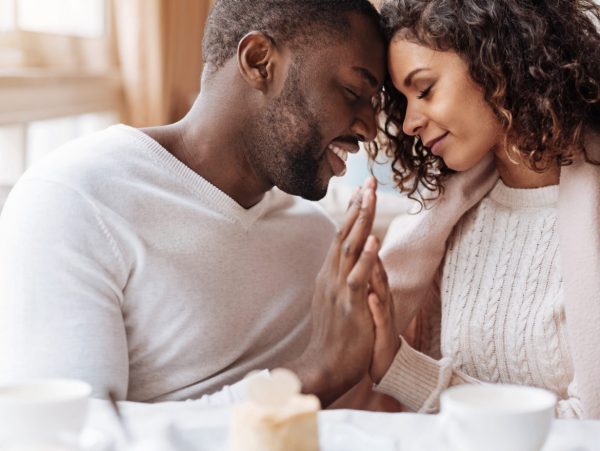 In a marriage, forgiveness is not a free pass for one spouse to keep hurting the other. Forgiveness doesn’t turn a blind eye to misdeeds.

Most marriages begin with good intentions. Neither party enters a marriage wanting to hurt the other. But it happens. We all have our flaws. We know this the day we get married. So, there’s an implicit agreement between husband and wife to forgive each other. Eventually, the day comes when one or the other makes a mistake. Someone speaks a harsh word. Someone breaks a promise. A shameful secret comes to the surface. The other spouse is hurt.

But sometimes it’s hard to forgive. Some acts might seem unforgivable.

It’s difficult to admit that holding a grudge only causes more suffering. Sometimes anger and resentment seem justified for minor mistakes. Revenge might seem appropriate for the betrayal one feels in an extramarital affair.

But reality is unsympathetic.

The husband or wife who holds a grudge against a spouse only causes more suffering. Buddha is credited with saying, “Holding onto anger is like grasping a hot coal with the intent of throwing it at someone else; you are the one who gets burned.” Others have said that resentment is like drinking poison and expecting the other person to die. Or — resentment is like picking a scab off a wound that’s trying to heal.

Consider the research that shows how refusing to forgive only piles additional pain onto the original hurt. Psychologist Loren Toussaint, at Luther College in Iowa, led one of those studies. Toussaint and his colleagues discovered that people who hold grudges have more mental and physical distress as they age than people who practice forgiveness.

Related: How Forgiveness Made Me a Better Man [1]

To forgive is to cease to feel resentment against an offender, or to grant relief from payment. That’s the definition given by the Merriam-Webster dictionary. In a marriage, forgiveness is about both of these.

Some people refuse to forgive, believing that to let it go sets their spouse free to hurt them again. Instead, forgiveness is about the wounded spouse’s taking back control over his or her life. By forgiving, this person unchains himself or herself from the painful emotions caused by broken trust.

Related: The Foolproof Way to Forgive and Forget [2]

Frederic Luskin is director of the Stanford University Forgiveness Project. Relying on his extensive research on the topic of forgiveness, Luskin has identified four stages of forgiveness that allow couples to move on. He addresses these in depth in his book “Forgive for Love, The Missing Ingredient for a Healthy and Lasting Relationship.”

Many husbands and wives struggle to navigate the path to forgiveness in their marriage. In his book, Luskin offers seven steps for spouses to follow who want to forgive each other. These are summarized here:

1.) Remember you made a decision to be your partner’s lover, faults and all. Out of all the people you could have chosen, you chose this one to love and to love you.

2.) Recognize that everyone is flawed, including you. You entered this relationship voluntarily and knowing neither one of you is more perfect than the other.

3.) Tell your partner how much you appreciate about him or her. Choose to focus on the other’s positive traits.

4.) Get to know your partner for who he or she is. Deepen your friendship with that person. Empathize with your spouse’s flaws as much as you appreciate the finer qualities.

Give yourself a break. When you make a mess of things, be gentle with yourself — and allow yourself to receive forgiveness.

5.) Accept what you cannot change and grieve your loss. Understand that your partner will disappoint you, and fail to meet some expectations. Acknowledge the harm that was done and your loss. Grieve, feel the pain and let go of what could have been had harm not been done.

6.) Choose to recommit to your spouse. Decide to tell the story of your relationship in positive and optimistic terms. Embrace a theme that is one of a couple that loves, forgives, heals and works together for a positive future together.

7.) Give yourself a break. When you make a mess of things, be gentle with yourself, and allow yourself to receive forgiveness.

Jon Beaty, [3] counselor and father of two, lives near Portland, Oregon. He’s the author of the book “If You’re Not Growing, You’re Dying: 7 Habits for Thriving in Your Faith, Relationships and Work.”