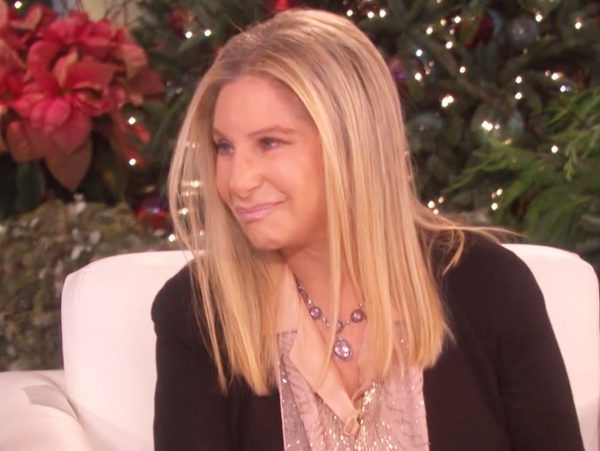 Add Barbra Streisand to the list of celebrities drowning so deeply in Trump hysterics that she can’t see straight.

The legendary singer and actress recently made the delusional remark that President Donald Trump is the reason 17 people were murdered recently in Parkland, Florida.

“I think even that shooter was affected because Trump brings out the violence in people,” she told Variety.

She said a variety of comments from Trump — including “lock her up” about Hillary Clinton during his presidential campaign of 2016 — created an environment that inspires violence.

Streisand, who is 75, also praised the Marjory Stoneman Douglas High School teens who have been making the media rounds and discussing the need for more gun control in this country.

“I’m so proud of the children who are coming out and talking about sensible gun control,” she said. “That to me, the children, are our future. The children are going to make this happen. I believe that.”

Streisand’s comment about Trump’s inspiring the Parkland shooter to commit horrible deeds against innocent people is not the first delusional comment this star has made in regard to the president. She previously blamed him on Twitter for a recent weight gain.

“Donald Trump is making me gain weight,” Streisand wrote. “I start the day with liquids, but after the morning news, I eat pancakes smothered in maple syrup!”

And celebrities wonder why people would prefer they not discuss politics [1].