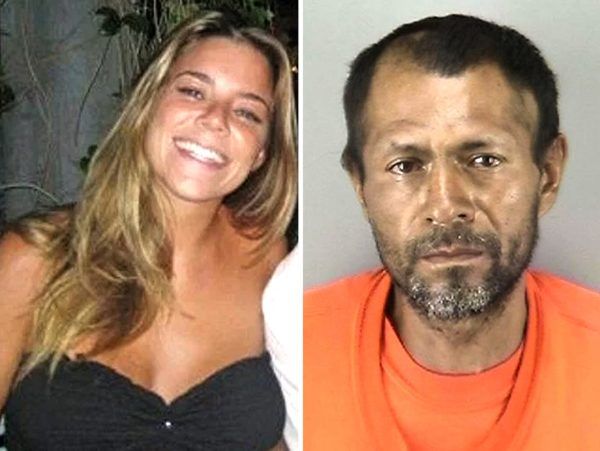 An illegal immigrant who killed a tourist in San Francisco in 2015 in a case that gained national attention will not have to spend any more time in jail, a judge ruled on Friday.

The judge sentenced Jose Ines Garcia Zarate to time served for illegal gun possession — the sole count on which a jury convicted him [1] in November.

The verdict prompted outrage, including from President Donald Trump, who called it a “disgrace” on Twitter. The president repeatedly invoked the name of the victim — Kate Steinle — while campaigning for the White House on a platform of cracking down on illegal immigration.

Jessica Vaughan, director of policy studies at the Center for Immigration Studies, expressed equal disappointment in the sentence.

“It’s a shock on some level that he’s facing very few consequences for this tragedy that he caused,” she told LifeZette. “But the cynical side of me is not very surprised that California’s justice system didn’t go that hard on him.”

Federal authorities issued an arrest warrant [2] for Garcia Zarate after the jury verdict, accusing him of violating the terms of his supervised release on a previous conviction for illegally re-entering the country after a deportation.

Vaughan said the warrant — signed by a judge — should be sufficient even under San Francisco’s extreme “sanctuary” policy to ensure that local officials will not release him to the streets.

“It should satisfy San Francisco,” she said. “Truly, it shouldn’t come to that.”

Vaughan said that under city and state polices, without the fanfare of a high-profile case, Garcia Zarate would be considered a minor offender based on his conviction — not someone whose hold request from Immigration and Customs Enforcement officers should be honored.

Presumably, Garcia Zarate will be deported to his home country of Mexico. But will he stay?

History does not inspire confidence. Beginning with his first deportation in 1994, according to ICE records, Garcia Zarate returned five different times after getting sent home.

“I’m confident he’ll try to come back,” Vaughan said. “Why wouldn’t he? He just got away with murder.”