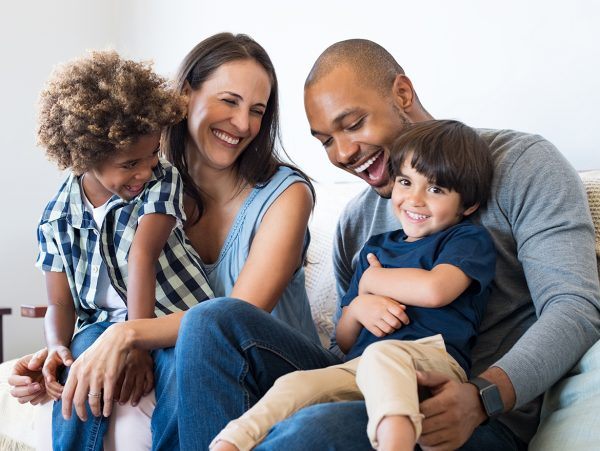 Democrats are telling us that President Donald Trump’s policies on immigration are tearing families apart.

Preying on our good will, liberals find stories of illegal immigrants to manipulate us. They cite examples of four-year-old children who have grown up in America, graduated from college, and are seeking the American dream in their 20s.

They label them “dreamers” — to distract from the fact that they are legally defined by our Constitution as “illegal aliens.”

We’re told that removing these people would be inhumane.

What’s inhumane is not enforcing our laws and underwriting an environment that favors illicit behavior over legal behavior. What’s inhumane is ignoring laws we don’t like and vigorously enforcing those that we do. It’s a tragedy of justice, and it creates an operational double standard that is destroying our nation while incentivizing bad actors from around the world to take advantage of us.

I agree these dreamers are victims. So are the American people. The villain is the Democrat Party, which for the sake of creating a larger voting constituency of so-called victims diminishes these vulnerable people as useful idiots for their will of power.

Democrats care nothing about the actual lives of these people. From Hollywood to New York to the streets of Washington, elite liberals in our country build walls around their own homes and compounds to keep these people away from them. They constantly attempt to disarm the rest of America by taking our guns — while they find the peace and security of armed guards.

Related: Our Kids Are Being Taught They’re Flawed if They’re White [1]

President Trump faces backlash for calling countries that produce refugees seeking asylum in our country “s***hole countries.” The response from Democrats is that he is racist and wants only white people in this country. The only way these liberals could deduce such a belief from Trump’s statement is if they wish to import people of color to overwhelm the white population and create a larger class of victim-mentality voters.

The other villain who has victimized these dreamers is their own families. Their parents risked the lives of their young children and subjected them to a criminal underworld at a very young age. Now, they want to decry our country, which has been far too tolerant and far too naïve regarding the abuse they have perpetrated on our citizens.

My hair is not “on fire” because Trump wants to find a solution to this tragic problem created by Democrats’ policy. Trump has to build good will to get a consensus and solve this problem.

There are millions of hard-working, law-abiding immigrants waiting in line to earn American citizenship.

There shouldn’t be a pathway to amnesty for anyone who has gained access to our country illegally, either by their own efforts or as an accomplice with their family (at any age).

There are millions of hard-working, law-abiding immigrants waiting in line to earn American citizenship. By dispensing proper judgment to people who broke the law and broke the immigration line, we are saying that America rewards underhanded behavior and illegal activity before we do those who are pure.

No one “deserves” to be in America. But we should give everyone an ability to earn American citizenship.

In order to earn citizenship, immigrants should display that they respect our Constitution, understand our history, can speak/read our language, embrace our culture and honor our laws from the day they enter until the day they die.

But that’s still not enough. Immigrants should be required to bring skills that are needed to advance our economy and the human condition in our country. We are not a refugee camp. We are the most charitable country in the world, which can serve refugees better in their homeland without polluting ours with culture shock.

To think otherwise, as a citizenry, is to think about our future with a “loser mentality.”

We will cease to become the beacon of strength, prosperity and democracy for the world if we continue down this path and destroy our own.

Trump is not tearing families apart. He’s sending a message to the world on what America demands of immigrants who want to be part of the greatest nation on Earth.

Bryan Crabtree is the live afternoon host on Atlanta’s Biz 1190 from 4 to 6 p.m. weekdays and again on AM 920 The Answer from 9 to 11 p.m. His real estate show with his wife, Mackenzie Crabtree, can be heard on Saturday at 9 a.m. on AM 920 The Answer and noon on Sunday on Biz 1190. His “Crabtree Chronicle” (focusing on local Atlanta issues) is also heard during the day on AM 920 The Answer.