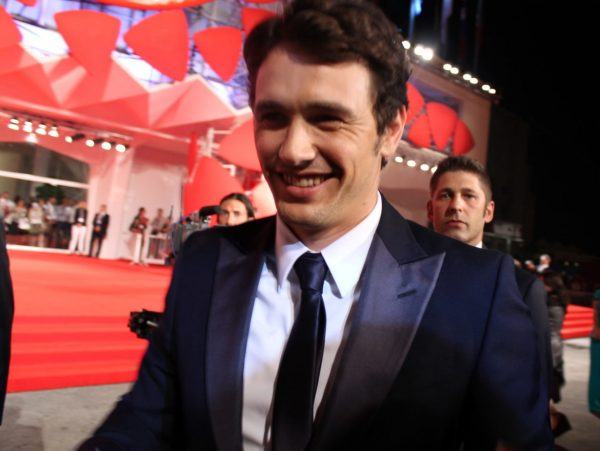 After defending himself on “The Late Show with Stephen Colbert” this week against accusations of inappropriate behavior toward women [1], Golden Globe winner James Franco is now facing a report from the Los Angeles Times noting that five separate women have accused him of “exploitative” behavior.

Sarah Tither-Kaplan, a former acting student of Franco’s, called seeing the “Disaster Artist” star wearing a Time’s Up pin at Sunday night’s Golden Globes ceremony a “slap in the face.”

“I feel there was an abuse of power, and there was a culture of exploiting noncelebrity women, and a culture of women being replaceable,” Tither-Kaplan said of her experience with Franco.

Before opening his own acting school, Studio 4, in Los Angeles and New York, Franco taught at Playhouse West in North Hollywood. It was during his time there that multiple women allege he made them uncomfortable and went beyond the parameters of an acting teacher.

Hilary Dusome was under Franco’s tutelage in 2012 and said at first she found him to be “a really generous spirit.”

Dusome, along with several other female students, was selected to be in a project of Franco’s, a project that was described as footage to be used in a jeans commercial.

Natalie Chmiel, another selected student, and Dusome described what was a hostile set to the LA Times.

Franco allegedly asked the women on the set, “So, who wants to take your shirt off?”

When no one volunteered, he reportedly stormed off.

“I felt like I was selected for something based on my hard work and my merit, and when I realized it was because I have nice [breasts], it was pretty clear that was not the case,” Dusome said. “I don’t think he started teaching with bad intentions, but he went down a bad path and damaged a lot of people in the process.”

Related: ‘This Is the Backlash to the #MeToo Movement’ [1]

When Franco finally launched Studio 4 in 2014, in association with Playhouse West, he promised he would be casting some of his projects directly from the student body.

Some who talked to the LA Times claimed these parts were usually inappropriate and the work was not as prolific as promised. However, more than a dozen students reportedly said they had positive experiences at the school — which shut down last fall.

Katie Ryan, a former student, said Franco “would always make everybody think there were possible roles on the table if we were to perform sexual acts or take off our shirts.” She added that she received offers from Franco for years to portray “a prostitute or a hooker.”

Tither-Kaplan, 26, the student who called his Globes appearance a “slap in the face,” worked on several of Franco’s projects, signing nudity agreements for each one. She alleged that in one scene where she appeared nude, Franco removed plastic guards while performing sexual acts on actresses (the LA Times did not confirm or deny whether this was a consensual act).

Tither-Kaplan also said she saw one woman fired after she refused to do one of Franco’s requested nude scenes.

Despite her objections now, Franco’s attorney (who denied the plastic guards accusation) pointed to Tither-Kaplan’s social media accounts, which displayed excitement and positivity about her work on Franco’s films at the time.

Cynthia Huffman, a casting director for Franco’s “The Long Home,” in which Tither-Kaplan appeared and claimed inappropriate behavior, provided a statement saying she received no complaints and “personally checked on all the actresses constantly to make sure they were OK and comfortable.”

Tither-Kaplan said she actually heard from Franco following the breaking news of the Weinstein scandals. She said he apologized for ever making her feel uncomfortable.

“I want to give him credit for at least being open to communicating with me,” she said. “I felt that he was still not really taking accountability for the environment on the sets.”

Violet Paley, 23, met Franco in early 2016 and entered into a consensual relationship with him. However, she told the LA Times that Franco at one point pressured her into performing a sexual act. She did not say “no” at the time, which she said she regrets now, but she still feels Franco acted inappropriately, as he allegedly exposed himself to her without warning.

Related: How the World’s Worst Movie Inspired an Oscar Contender [3]

Paley said in hindsight that she would now say, “‘No, stop, get out of my car.'”

She added, “The power dynamic was really off.” Paley said she later spoke to Franco by phone and he tried to make amends, but insisted he had not done “anything illegal.” He also said he was a “changed man,” something that has been a running theme in recent interviews conducted with Franco, though he has not gone into specifics.

“I’ve recently changed my life,” he told Out magazine.

Franco has denied all of the women’s allegations through his lawyers. Though his accusations do not come close to those lobbed at folks like Kevin Spacey and Harvey Weinstein, the actor is already facing professional consequences.

The New York Times recently canceled a scheduled event with the actor due to the controversy surrounding him.

Franco was previously favored as a front-runner for an Academy Award nomination for “The Disaster Artist,” [3] though it is likely these accusations, especially in the midst of the #MeToo movement, will cease those talks.