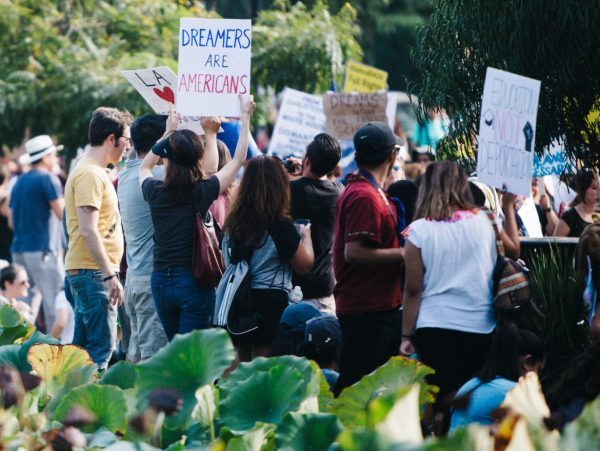 An immigration reform proposal pitched last week by the pro-amnesty “Gang of Six” senators would cover 14 times as many illegal immigrants as a bill [1] offered by leading House Republicans, according to an analysis [2] by NumbersUSA.

The number of illegal immigrants covered is one of numerous major differences among the approaches as a government shutdown looms over the fate of the Deferred Action for Childhood Arrivals (DACA) program, created by former President Barack Obama for illegal immigrants whose parents brought them to America as children.

“Most of the additional things put in the legislation are things that the House Judiciary Committee has already approved,” he said.

Here is a look at the major provisions of the proposals:

Trump summarily rejected the Gang of Six offer last week and reportedly questioned why the United States would want more immigrants from “s***hole” countries [4]. Controversy over the alleged remark has overshadowed maneuvering among some Democrats toward forcing a partial government shutdown when the government runs out of money at the end of the night on Friday — if the president does not agree to something along the lines of the DREAM Act.

Former Department of Homeland Security Secretary Janet Napolitano, who created DACA in 2012, told CNN on Monday that a shutdown may be a good strategy.

“They may be forced to. I think it’s nobody’s first choice,” she said. “And I think there are lots of pros and cons. But unless they can reach an agreement on DACA, the question raises as to what other opportunities will there be for Congress to address this important issue?”

Jessica Vaughan, director of policy studies at the Center for Immigration Studies (CIS), said the more extreme elements of the Democratic Party are committed to a fight. But she added that senior Democrats have not endorsed that approach.

Vaughan said a federal judge’s ruling last week requiring the Trump administration to accept DACA renewals despite a planned March ending of the program makes a deal less likely because there is less urgency.

“They’re probably underestimating the president, and they are overestimating public support for an amnesty,” she said.