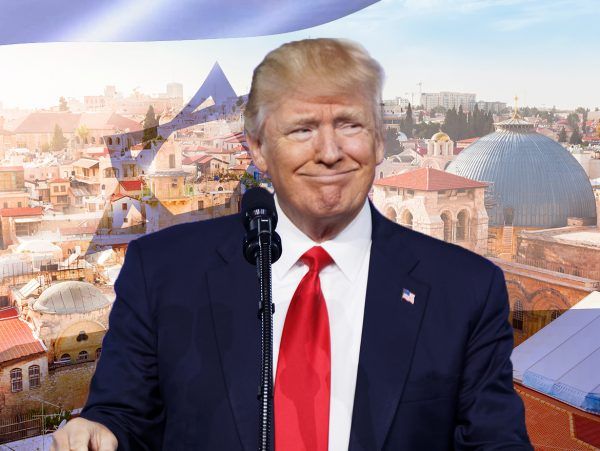 After more than two decades of dithering, the United States will move its embassy in Israel from Tel Aviv to Jerusalem.

President Donald Trump is expected to make the announcement on Wednesday afternoon, according to senior White House officials.

The United States passed a law to move its embassy from Tel Aviv to Jerusalem in October 1995, but every president since then has signed waivers delaying the move. Each waiver is good for six months, and saves the State Department from financial penalties.

Jerusalem is claimed as a holy city by the three major Abrahamic religions — Christianity, Judaism, and Islam. As the capital of Israel, therefore, it has a complicated history.

The United Nations recognized Israel as a nation in 1948, but did not recognize Jerusalem as its capital. The Israelis, however, moved their legislature and supreme court there immediately.

No nation has an embassy in Jerusalem. But starting in 1995, U.S. foreign policy on the question of Jerusalem changed. Presidents Bill Clinton, George W. Bush, and now Trump called on the United States to move the embassy there.

Trump, like many politicians, promised to make good on the law and finally make the move.

Turkish President Recep Tayyip Erdoğan said Tuesday that recognition of Jerusalem as the Israeli capital would be a “red line for Turkey,” likely meaning an end of ties to Israel, according to CNN.

The media were roiled, too.

“President Donald Trump told Israeli and Arab leaders on Tuesday that he intends to move the U.S. embassy in Israel to Jerusalem, a decision that breaks with decades of U.S. policy and risks fueling violence in the Middle East,” Reuters reported.