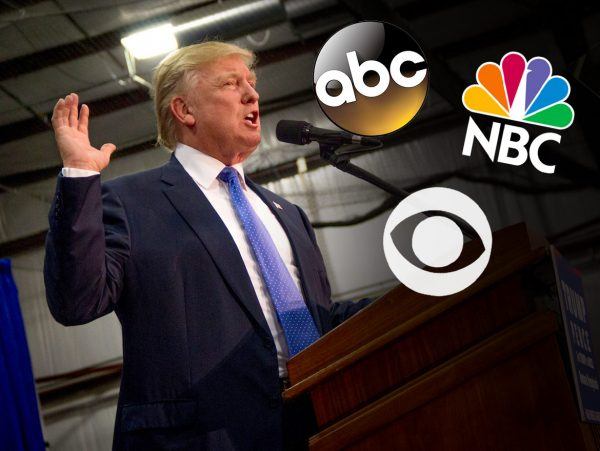 Media Research Center (MRC) officials claimed Tuesday that 90 percent of the coverage of President Donald Trump by ABC, CBS and NBC was negative during their evening news segments from September through November.

“Another month of 90% negative coverage of Trump from the liberal media. That’s 3 in a row!” MRC founder and president Brent Bozell tweeted Tuesday. “This time they topped off their bias by promoting false stories about the admin. These fake news biased liberal hacks were rightfully blasted by @PressSec yesterday.”

Bozell pointed to MRC’s two previous studies analyzing blocks of the three networks’ coverage. From January 20 to April 9, the networks scored 89 percent negative Trump coverage, and 91 percent for the months of June through August.

Throughout September, October and November, MRC analyzed [1] the three networks’ evening newscasts and found that 1,123 out of 1,228 statements from ostensibly nonpartisan reporters and sources were biased negatively against the president. Only 105 total statements could be considered positive.

During Monday’s briefing, White House press secretary Sarah Sanders engaged in tense back-and-forth exchanges with reporters over the president’s frequent criticism of the news media in particular. Sanders responded to questions about Trump’s anger directed at a Washington Post reporter’s misleading tweet about the size of a Trump rally crowd size on Friday.

“Look, the president is simply calling out a very direct and false accusation lodged against him,” Sanders said. “A number of outlets have had to retract and change, and rewrite, and make editor’s notes to a number of different stories — some of them with major impacts, including moving markets. This is a big problem and we think it’s something that should be taken seriously.”

PoliZette writer Kathryn Blackhurst can be reached at [email protected] [3].