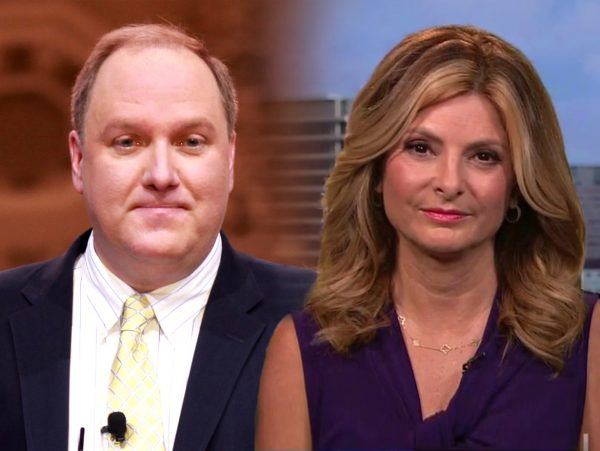 Responding to Lisa Bloom’s characterization of him as a “far-right journalist,” investigative reporter John Solomon said late Monday that the celebrity attorney’s name-calling doesn’t refute facts he reported recently in an explosive story on her efforts during the 2016 presidential campaign to arrange compensation for women accusing Donald Trump of sexual harassment.

Solomon reported in The Hill last week that Bloom arranged for Democrat donors [1] to pay expenses along with other considerations of the women. The story also reported that Bloom helped the women sell their stories to tabloid publications while taking a significant cut of the payment as a fee.

Bloom denied offering to pay women to come forward and insisted that she represented them pro bono.

“I learned a long time ago — I’ve been an investigative reporter for 30 years — if you can’t attack the facts, you try to do an ad hominem attack on the reporter. The facts are unassailable,” Solomon said during an appearance on Fox News’ “The Ingraham Angle.”

Solomon said that while Bloom may have represented the women for free, “She had a nice way of collecting a 33 percent commission by selling their stories to the tabloids.”

He added that Bloom arranged for donors, possibly connected to boosters of 2016 Democratic presidential candidate Hillary Clinton, to pay money to accusers.

“And I think the women, at least one of the women, described a lot of pressure she felt, as Election Day got nearer, for her to come out and make these allegations against Trump,” he said. “Those are things that are not in dispute.”

Bloom over the weekend told MSNBC’s Joy Reid that donors reached out to her, eager to help women who were in fear.

“We have this very unequal playing field here, and we discussed arranging for security and relocation services to any women who wanted it,” she said.

Bloom also said she did not speak with Clinton or anyone associated with her campaign. But Solomon said that is not the whole story.

“She will not answer whether she talked to the Clinton super PACs, which is where the real big money is in the election … She will not answer the question,” he said. “I’ve asked it a hundred times. Can’t get an answer out of her.”

Solomon pointed to his reporting indicating that one woman fielded an offer of $750,000.

“You could buy the Secret Service detail for that,” he said. “You do not need that much protection.”

In addition, one woman asked for her mortgage to be paid while another wanted college tuition for her son, Solomon said.

“There was a lot more than security,” he said.

Solomon’s latest story in The Hill, posted Monday evening, reports that New York cosmetics executive Jill Harth sought a job with the Trump campaign after publicly accusing him of sexually assaulting her in 1990s. She solicited a position as the campaign’s makeup artist and also sought Trump’s help in marketing her new cosmetics line, according to emails Solomon obtained.

In one email, Harth offered to tell voters how Trump “helped me with my self-confidence and all positive things about how he is with women.”

Solomon said the reporting casts doubt on the veracity of allegations she made before and after sending the emails to team Trump.

“In between her two accusations, there’s a much greater context,” he told Ingraham. “She wanted a job with the Trump campaign. She asked to be his campaign makeup artist.”