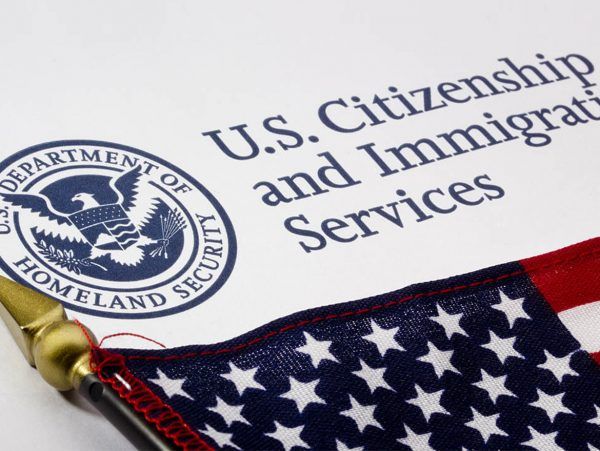 President Donald Trump’s administration seems poised Monday to end a program that has granted quasi-legal status to almost 60,000 people from Honduras and Nicaragua living in the United States without green cards.

The program, known as Temporary Protected Status (TPS), is designed to help foreigners whose home countries have suffered a natural disaster, war or some other emergency. But critics contend the program has been abused as a de facto amnesty, allowing people to stay in the United States long after the immediate crisis has passed.

That may be changing, however. The Department of Homeland Security announced last month that it would not renew Temporary Protected Status [1] — first granted in 1997 — for people from Sudan who had fled armed conflict. The Trump administration nearly ended TPS for Haitians [2] in May but extended it for another six months.

Monday is the deadline for Acting Homeland Security Secretary Elaine Duke to decide whether or not to extend Temporary Protected Status benefits for Hondurans and Nicaraguans. It is scheduled to expire in January. That would affect a much larger number of people.

Secretary of State Rex Tillerson last week certified that the conditions in those countries — along with other Central American nations and Haiti — no longer justify TPS. That sets the stage for Duke to formally end the status for those countries as well — a much bigger move than Sudan because it involves a much larger number of people.

In all, an estimated 304,550 people — some of whom have been in the United States since the 1990s — might lose the legal right to live and work here.

“America no longer has the economic capacity to take care of everybody in the world,” said Rep. Mo Brooks (R-Ala.), one of nine members of the House of Representatives who sent a letter to Duke last week urging her not to renew TPS for people from any country where emergency conditions no longer exist.

“Although I support TPS under the right circumstances, I am very concerned with the way the program has evolved over the last three decades,” he wrote. “We now have a program that permits several hundred thousand otherwise removable aliens to remain in the United States, where they are eligible to receive public benefits and are authorized for employment, permitting them to take jobs that might otherwise be filled by one of the 7.1 million unemployed Americans.”

One of Duke’s subordinates, however, reportedly has lobbied for extending TPS for natives of El Salvador, Honduras and Nicaragua, according to an October 31 memo obtained by Breitbart News. James Nealon, the assistant secretary for international affairs, reportedly wrote in the memo that the TPS beneficiaries from those countries are living the “American dream” and that “it makes no sense to send [them] back to their country of origin.”

Advocates Say Revocation Would Be Cruel
Defenders of the program argue that it would be cruel to deport people to countries that have not fully recovered from the disasters that triggered the protection in the first place. The Center for Migration Studies maintained in a report over the summer that people living in the United States under Temporary Protected Status have put down roots and benefit America.

“TPS status should be extended until beneficiaries can safely return home and can successfully reintegrate into their home communities,” the report states. “Most long-term TPS recipients should be afforded a path to lawful permanent resident (LPR) status and ultimately to U.S. citizenship.”

But critics contend that when Congress created the program in 1990, it was supposed to provide temporary relief.

“In principle, the idea seems reasonable as long as it’s going to be temporary,” said Chris Chmielenski, director of content and activism at NumbersUSA. “But as history has shown, it’s not temporary.”

TPS can be renewed for periods of six to 18 months. During eight years of Barack Obama’s presidency, no TPS was terminated.

“Obama had all these things on autopilot,” Chmielenski said. “They just renewed them every 18 months.”

The government first granted TPS protection to people from Nicaragua and Honduras as a result of Hurricane Mitch in 1998. For people from El Salvador, the justification was an earthquake in January 2001. Haitians in America have TPS because of a 2010 earthquake.

Government Policy Creates Circular Argument
The Center for Migration Studies report, which focused on TPS beneficiaries from Honduras, El Salvador, and Haiti, indicates that most of the beneficiaries take advantage of their work authorization. The labor force participation rate ranges from 81 percent to 88 percent. The leading industries that they work in are construction, restaurants and food services, landscaping, and grocery stores.

Nearly a third have mortgages. More than half of recipients from El Salvador and Honduras have lived in the United States for more than 20 years. TPS beneficiaries from the three countries collectively have had 273,000 children born in America, making those children U.S. citizens.

Chmielenski said government policy has led to a circular argument — because foreigners have been allowed to stay year after year on a program meant to be temporary, advocates now argue that it is unfair to uproot families who have lived in America for so long.

“That’s exactly the problem,” he said.

Rep. Brooks in May introduced the TPS Reform Act [3], which would require Congress — not the executive branch — to grant TPS. It also would tighten the criteria for TPS designation and deny eligibility to people who entered America illegally.

Brooks noted that numerous studies indicate that immigrants are heavier users of government assistance programs than native-born citizens. He said that is incompatible with a nation close to $20 trillion in debt.

He acknowledged that the total number of people with Temporary Protected Status is small compared to the illegal immigration population. But he said it is something the Trump administration can take action on without having to navigate Congress.

“This little picture is a part of the big picture,” Brooks told LifeZette.