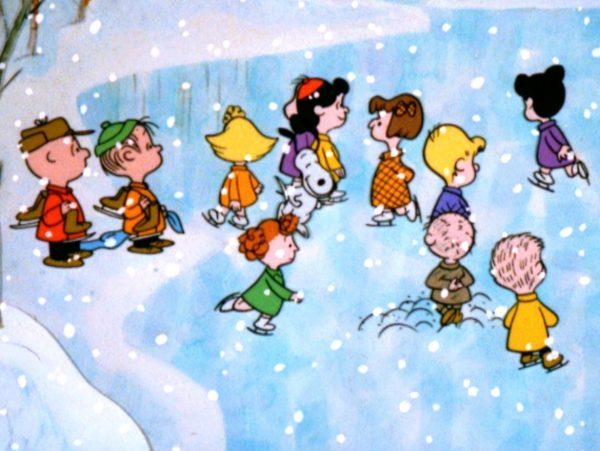 It first aired on television sets across America back in 1965 — and it’s been running ever since.

This week, ABC will air the show to millions of adoring fans, old and new alike. Indeed, it now seems inconceivable to think of the holiday season without the classic cartoon, but the story of how “A Charlie Brown Christmas” came to be is in itself a classic American story — or, more accurately, how it almost didn’t come to be.

Charles Schulz, the show’s creator, had some fundamental ideas about the 30-minute Christmas special. One of them had to do with a reading from the King James Bible’s version of the Gospel of Luke. It turns out that as far back as 1965 — just a few years before Time Magazine asked “Is God Dead?” in a big cover story — network bosses, advertising executives on Madison Avenue, and even a few of Schulz’s artistic collaborators thought a Bible reading in a cartoon show might turn off a nation populated with Christians — and in a Christmas special, no less!

But before that tale gets told, it is worth telling the story of how this national treasure was conceived: It didn’t spring from the mind of its creators, but rather from its sponsors.

“We got a call from Coca-Cola,” remembered Lee Mendelson, who produced the special. “And they said, ‘Have you and Mr. Schulz ever considered doing a Charlie Brown show?’ And I lied, and said, ‘Absolutely, we’ve been thinking about it.’ And this was on a Thursday. And they said, ‘We have to make a decision on Monday. Can you send us an outline of the show?’ So I call Mr. Schulz and I tell him, ‘I have good news and bad news. The good news is I think I just sold ‘A Charlie Brown Christmas.’ The bad news is we have to write it tomorrow.'”

Schulz got together with Mendelson and former Warner Bros. animator Bill Melendez. They put an outline of the show together and locked down the sale. That’s how the show got its start: It was commissioned by a for-profit company.

While Charles Schulz’s “Peanuts” characters were well-known from the newspaper comic strip, there were fears among the creative team that the characters would not translate well to television. They’d created a pitch once before, a pilot for television recounting the story of the world’s worst baseball player, Charlie Brown — and all three major networks rejected it.

The Schulz team hoped this time would be different. Luckily for everyone, they didn’t have much time to ponder their earlier failure: They had only three months to create a working script, record voices, get a soundtrack together, and create more than 30,000 animation cells from scratch — and this was back in the days before computers.

As things ended up, the network was not pleased with the final product. The first big complaint was the lack of a laugh track, something unimaginable in 1960s television. Schulz thought the audience should be able to enjoy the show without being cued on when to laugh. CBS created a version of the program with a laugh track added anyway, just in case Schulz changed his mind.

Related: An Open Letter to Late-Night Host Jimmy Kimmel from a Former Fan [2]

The second big battle was waged over voice work. Network executives weren’t pleased Schulz had chosen to use children rather than adults to do the voice acting.

The executives also had a problem with the jazz soundtrack by Vince Guaraldi. They thought the music would not work well for a children’s program, that it distracted from the general tone. They wanted something more … well, young.

“May the makers of Coca-Cola be greatly blessed for their part in this worthwhile endeavor.”

They also thought the show plodded along, that it was too slow. There wasn’t enough action, went the thinking, in a show dedicated to children.

Last but not least, the executives didn’t like how Linus recited the story of the birth of Jesus Christ from the Gospel of Luke. The scene was too long, too literal. The media orthodoxy of the time assumed Americans wouldn’t want to sit through a long spoken passage from the King James Bible.

“They were freaking out about something so overtly religious in a Christmas special,” explained Melendez. “They basically wrote it off, like, ‘Hey, this just isn’t going to be interesting to anyone, and it’s just going to be like a big tax write-off.'”

Related: Celebrating the Life of Johnny Carson, the Best Late-Night Host Ever [3]

Schulz experienced pushback from members of his own creative team, too. Melendez himself was hesitant about the reading from Luke. “I was leery of the religion that came into it, and I was right away opposed to it.”

Schulz, a Sunday school teacher, pushed back against everyone. He had many doubts in his life, but few about his characters and his storytelling skills. He also had the benefit of a very tight production schedule. The suits at the network, the advertising agency  — and the show’s sponsor, Coca-Cola — had invested in this program and promoted it in TV Guide. Schulz knew he had leverage, and he wasn’t about to acquiesce on any of the creative elements — especially the Bible reading.

The network executives capitulated and aired the special as Schulz intended it. And that’s why Charles Schulz was Charles Schulz. He knew his own country and the things Americans cared (and care) about, the things that meant something to them. He also knew — really knew — that the Bible reading was the most important part of the whole show.

As Charlie Brown sinks into a state of despair while trying to find the true meaning of Christmas, an unlikely character quietly saves the day. Linus walks to the center of the stage where the “Peanuts” characters have gathered, and under a narrow spotlight, quotes the second chapter of the Gospel according to Luke, verses 8 through 14:

And there were in the same country shepherds abiding in the field, keeping watch over their flock by night. And, lo, the angel of the Lord came upon them, and the glory of the Lord shone round about them: and they were sore afraid. And the angel said unto them, Fear not: for, behold, I bring you tidings of great joy, which shall be to all people. For unto you is born this day in the city of David a Savior, which is Christ the Lord. And this shall be a sign unto you; Ye shall find the babe wrapped in swaddling clothes, lying in a manger. And suddenly there was with the angel a multitude of the heavenly host praising God, and saying, Glory to God in the highest, and on earth peace and good will towards men.

After Linus finishes the beautiful reading, he walks across the stage and says these words: “And that’s what Christmas is all about, Charlie Brown.”

The reading lasted less than a minute. And with those few words, Charlie Brown realized he didn’t have to let commercialism ruin his Christmas. With a sense of inspiration and purpose, he picked up his fragile tree and walked out of the auditorium, intending to take it home to decorate and show all who cared to see how it would work in the school play.

CBS network executives were certain they had a huge flop on their hands. CBS programmers were equally grim, informing the production team, “We will, of course, air it next week, but I’m afraid we won’t be ordering more.”

Related: The Story of the Great Chicago Fire — and Its Great Recovery [4]

The half-hour special aired on Thursday, Dec. 9, 1965, pre-empting “The Munsters” and following “Gilligan’s Island.” To the surprise of the executives in New York, 50 percent of the televisions in the United States tuned into the first broadcast. The cartoon was a critical and commercial hit. It won an Emmy and a Peabody Award. Linus’ recitation was hailed by critic Harriet Van Horne, of the New York World-Telegram, who wrote, “Linus’ reading of the story of the Nativity was, quite simply, the dramatic highlight of the season.”

Coca-Cola was inundated with thousands of letters from people who loved the special.

I am writing the first fan letter in my 52 years of a rather full life to compliment you on sponsoring the “Charlie Brown Christmas” television program. I don’t know when any program has delighted as many adults, as well as children, and I am writing to express the hope voiced by many who saw the program that you might be able to sponsor additional “Charlie Brown” programs …

To the makers of Coca-Cola:

We wish to compliment you on the series of “Peanuts” which you sponsored on TV. Your production stands out as refreshing in entertainment as your product. Our sincere thanks to you and Mr. Schulz for bringing to the fore, in his wholesome philosophy, the real spirit of Christmas, which is so often obliterated by a false one. It is our hope that “Peanuts” may find a permanent place in the TV realm. May the makers of Coca-Cola be greatly blessed for their part in this worthwhile endeavor.

“A Charlie Brown Christmas” found that permanent place in the TV realm. And in our hearts. It is equaled only by the 1966 program “How the Grinch Stole Christmas!” in its popularity among young and old alike. Thank God the Grinch-like executives [5] at CBS chose to air the special back in 1965. If it had been left to their gut instincts, we would have one fewer national treasure to cherish come Christmastime.