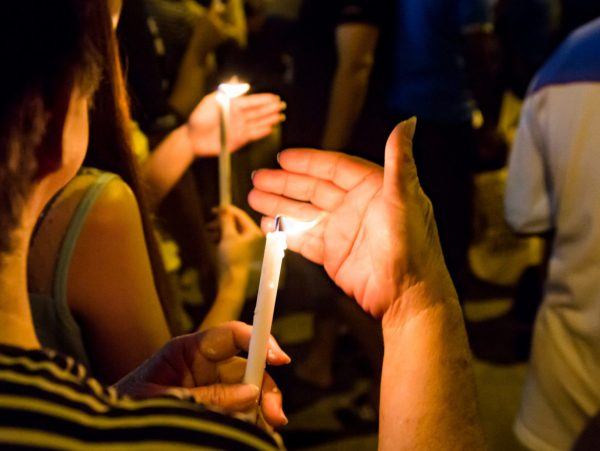 The largest national network dedicated to equipping pastors to be voices for truth in the public square, the American Pastors Network, spoke out against the mass shooting event on Sunday at First Baptist Church in the small town of Sutherland Springs, Texas — an incident that continues to send shock waves across the country.

Sam Rohrer [1], president of the American Pastors Network (APN), said in a statement about the incident, “We grieve with our friends in Texas who have suffered unspeakable tragedy at the hands of an armed killer. We encourage pastors in Texas and beyond to join us in a day of prayer for the people of Sutherland Springs.”

The investigation continues — yet the tragedy has forced pastors in America to re-evaluate safety and security preparations and plans with their local congregations. In addition to praying for those impacted by this tragedy, Rohrer encourages ministers to consider how to best protect and care for the members of their faith communities.

“The reaction of these two local residents [who ultimately engaged the shooter and drove him away from church grounds, preventing further carnage] is a reminder to all people who love truth, love people and hate evil. There are two principles here that are instructive. First, all that evil needs to triumph is for good people to do nothing. When good people act appropriately, evil is stopped. Second, we must always be prepared and committed to respond to evil at a moment’s notice. To delay could mean loss of life, loss of freedom, or the success of evil.”

Related: After the Church Shooting: Why Does God Allow Evil? [2]

Gary G. Dull, executive director of the Pennsylvania Pastors Network, said it was interesting to note that the tragic events of Sunday “took place on the International Day of Prayer for the Persecuted Church, for which many of us who attended church [on Sunday] spent time in prayer. No one knows why [the perpetrator] went on this shooting spree, but we do understand his in-laws attended the First Baptist Church that he massacred … When things like this take place we all ask, ‘Why?’ Many will immediately say it is a gun issue. Yes, [this man] used a gun, but the gun is not the main issue. There were many people killed even before guns were invented, so banning guns is not the answer.”

Dull also said, “Some will ask, ‘Where was God as those people gathered to worship Him in Sutherland Springs?’ God was where He always is, governing every aspect of the universe to honor and glorify His name. Ultimately the result of this tragedy will be a stronger church, a united community — and God will be glorified.”

“In time, God will heal the broken hearts of those involved, as Psalm 34:18 teaches: ‘The Lord is nigh unto them that are of a broken heart.'”

As a faith leader and pastor himself, Dull said that his heart “goes out to pastor Frank Pomeroy, who has a very heavy burden in trying to support, strengthen and rebuild his broken congregation. We must all pray for him, as well as for the rest of his congregation, the church leadership, family members of the victims, the entire Sutherland Springs community, and churches across America. In time, God will heal the broken hearts of those involved, as Psalm 34:18 teaches: ‘The Lord is nigh unto them that are of a broken heart.'”

And in terms of the so-called soft targets today “for those who have a desire to inflict terror,” Dull said that the leadership of all churches, “no matter the size of the congregation, must be vigilant and prepared in advance in case a shooter should show up at a church gathering.” He recommends that churches put plans in place to protect their congregations going forward, should others who intend harm to others show up.

Said Dull, “We all must remember God is our greatest protector. Psalm 121 reminds us He never sleeps and never slumbers, but watches over us with His care all of the time … He has promised to ‘never leave or forsake us.'”

His suggestions for churches in light of this tragedy and evil act include the following:

The American Pastors Network is the largest national network of pastors who believe in the authority of Holy Scripture. The group preaches “the whole counsel of God with a disciplined application of a biblical worldview to public policy,” and is building an infrastructure of biblically faithful pastors and lay leaders. They’re also mobilizing congregations to participate in the political process on a nonpartisan basis.