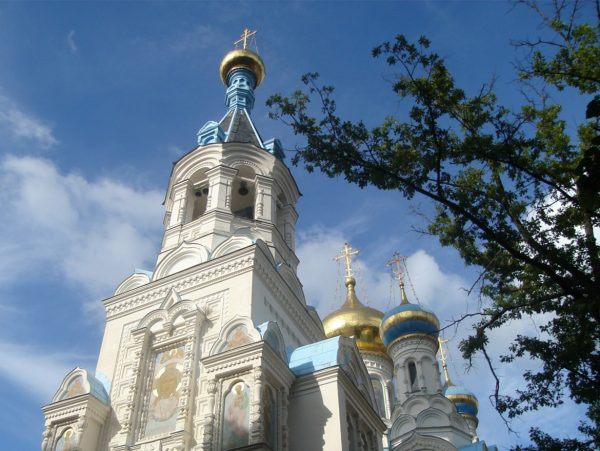 Celebrating the bicentennial of the French Revolution in 1989 was awkward and unlike our nation’s festivities of 1976 — because the American Revolution did not have a Reign of Terror.

The Russian people are in a situation even more perplexing when it comes to the 100th anniversary of the October Revolution on November 7. (The dating confusion is because Russia was still on the old Julian calendar in 1917.)

The Russian Revolution unleashed the horrors of communism, which led to the deaths of at least 94 million people in various countries — by genocide, execution, purges and famines caused by collectivization.

History is not ardently pursued in our schools these days, and when it is modified as social science, it often distorts historical reality. In a survey of youths between the ages of 16 and 24, 28 percent of them had never heard of Lenin, and fully half had never heard of Stalin, while nearly two-thirds were unaware of the existence of history’s worst mass murderer (65 million deaths), Mao Tse-Tung. The death of Fidel Castro was marked by many media commentators as something to be mourned, while Che Guevara appears on T-shirts as a chic hero.

In countries at least nominally Christian, the assaults on the church by revolutionaries took a more subtle form through subversion. There is the witness of Bella Dodd, an organizer of the Communist Party in the United States and head of the New York State Teachers Union.

After her return to the church in 1952 under the guidance of Archbishop Fulton Sheen, she detailed how the Communist Party in the 1920s and 1930s strove to infiltrate American seminaries and other church institutions, often through the exploitation of the naïve and what, according to Soviet expert Vladimir Bukovsky, Lenin had called “useful idiots.”

Related: Far Too Many British Citizens Have Pledged Allegiance to ISIS [1]

There still are Russians old enough to remember seeing priests nailed to the doors of their churches. Their nation remains conflicted about their revolution, and still hesitant about what to do with the repeatedly embalmed corpse of Lenin; but facing his tomb from across the great square, Krásnaya plóshchad, is the Kazan Cathedral, restored in 1993. On its façade is written in bold Cyrillic letters: “Christ is Risen.”

The centenary of the Russian Revolution should be a time for reflection and resolve.

Since the “Second Baptism of Russia,” when the old Soviet Union fell in 1988, 29,000 churches have been built there, at the rate of three per day. In that period, the number of seminaries has increased from three to over 50.

That is a picture far different from many places in the West, where innocuous Christianity has failed to resist the bacillus of secularism, as churches close and seminaries shrink.

People who have suffered the consequences of evil in the East have expressions more ponderous and sober than the chuckling countenances of soft spokesmen for Christ in the West. The centenary of the Russian Revolution should be a time for reflection and resolve.

Fr. George William Rutler is a Catholic priest and the pastor of the Church of St. Michael in Manhattan. This article from his parish church bulletin is used by permission.