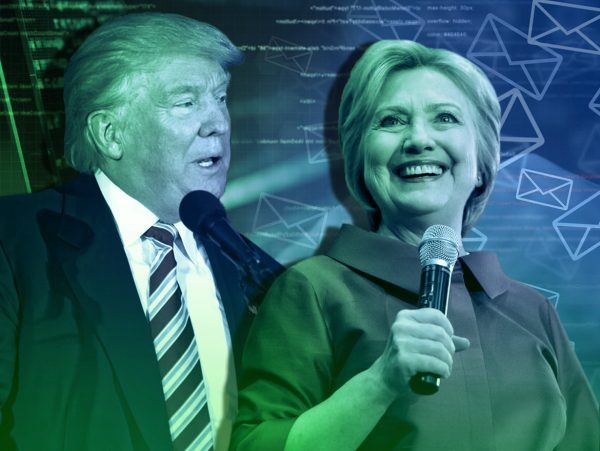 Hillary Clinton might be long gone from Foggy Bottom, but a conservative watchdog group Monday accused the State Department of running interference for its former secretary.

Judicial Watch, which sued in 2015 for the release of emails related to the FBI’s investigation into Clinton’s use of a private server, reacted Monday to the State Department’s admission that it has yet to process 40,000 of 72,000 pages of records that investigators reviewed as part of its probe.

Lawyers for the State Department disclosed that fact during a status conference last week related to Judicial Watch’s Freedom of Information Act lawsuit. The group wants to examine emails that Clinton sent or received during her tenure as secretary of state from February 2009 to Jan. 31, 2013.

Foggy Bottom is now under the management of President Donald Trump’s secretary of state, Rex Tillerson. But the posture of the agency has not changed. The Department of Justice, representing the State Department, argued over the summer that there was “diminished public interest” in the emails since Clinton had lost the 2016 presidential election.

“Secretary Tillerson should be asked why his State Department is still sitting on a mother lode of Clinton emails,” Judicial Watch President Tom Fitton said in a prepared statement Monday. “It is disheartening that an administration elected to ‘drain the swamp’ is stalling the release of documents to protect Hillary Clinton and the Obama administration.”

Representatives from the State Department could not immediately be reached for comment.

U.S. District Judge James Boasberg convened last week’s status conference to assess the State Department’s progress in reviewing and releasing emails Clinton failed to disclose during her tenure. Some of the emails were from her close aide, Huma Abedin, that the FBI found on the laptop of her then-husband, Anthony Weiner.

That revelation prompted then FBI Director James Comey to reopen the closed investigation days before the November election.

The State Department so far has processed about 32,000 pages of emails, according to Judicial Watch.

Lawyers for the nonprofit organization asked the judge to require the State Department to say whether it intends to withhold any of the emails and state the reasons why. The agency said that it is adding extra resources to the FOIA operation. Boasberg ordered the department to “explain how its anticipated increase in resources will affect processing of records in this case and when the processing of each disk is likely to be completed.”

The judge in November ordered the department to produce 500 pages of records a month. It has produced 23 batches so far, but Judicial Watch said that at that pace, the Clinton emails would not be fully available until 2020.

Judicial Watch recently revealed in a related lawsuit that it received 2,800 Abedin work-related documents from the FBI that were found on Weiner’s personal laptop. The State Department expects to finish its review of those records by December 31.