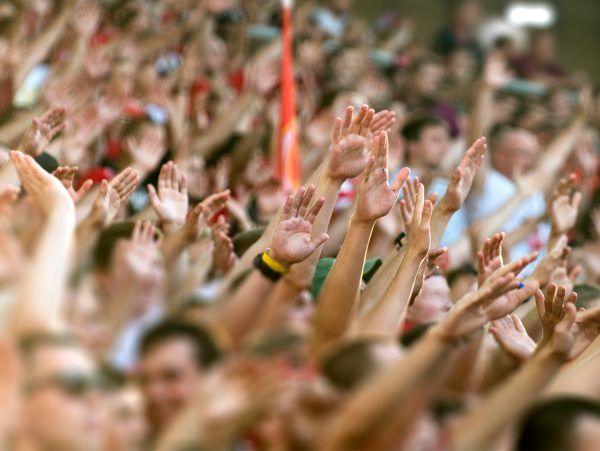 Military historian and political columnist Victor Davis Hanson said that National Football League players who protest during the national anthem before games are “violating the cardinal rule of business” by choosing to “insult” their fan base, during an interview Monday on “The Laura Ingraham Show.”

Hanson, a Martin and Illie Anderson Senior Fellow at the Hoover Institution and professor of classics emeritus at California State University, Fresno, spoke the day after Vice President Mike Pence walked out of a football game following dozens of San Francisco 49ers players’ refusal to stand during the national anthem. Saying that he “will not dignify any event that disrespects our soldiers, our Flag, or our National Anthem,” Pence’s sentiments appeared to ring true among the NFL’s core fan base as the politicization of the sport has led to plummeting ratings and low favorability ratings.

“The players think that the audience are coastal hipsters, and they’re not. They’re mostly, the hardcore audience … males, usually about 30 to 60, and they tend to be red-state conservative males,” Hanson said. “So they’re basically violating the cardinal rule of business: You never insult your base, your customer base. And that’s what they’re doing.”

“There are certain vulnerabilities that the players don’t realize that they’re pushing into the face of the fan. It’s not going to work,” Hanson added. “I think they’re going to lose 10 or 20 percent of their fan base, and that’s going to make radical changes in how it’s financed and operated.”

Noting that the entire controversy is “all going to be distilled down to money,” Hanson said, “that’s what the NFL is about.”

“And the money won’t be there if [the players] continue to do what they do. It just won’t happen,” Hanson said. “They have a very unsympathetic message in which African-American players … are saying the country is racist to the point that they can’t even stand for the symbol of their country.”

Saying that Pence “understood that the market’s going to adjudicate” whether or not NFL fans support the national anthem protests, Hanson predicted that the present viewership and favorability ratings trajectory “is not sustainable.”

In response to the ongoing controversy, Dallas Cowboys owner Jerry Jones threatened Sunday to bench any of the team’s players who choose to protest during the national anthem by kneeling.

“If there is anything that is disrespectful to the flag, then we will not play,” Jones said, the Dallas News reported. “You understand? If we are disrespecting the flag then we won’t play. Period … We’re going to respect the flag, and I’m going to create the perception of it. And we have.”

Hanson also addressed comments that kneeling 49ers safety Eric Reid made on Sunday, after Pence orchestrated his walkout. Reid told reporters that “this looks like a PR stunt to me,” because Pence must have known that 49ers players often kneel during the national anthem and follow in the footsteps of the one who started it all: former 49ers quarterback Colin Kaepernick, now an unsigned free agent.

“This is what systemic oppression looks like,” Reid said. “A man with power comes to the game, tweets a couple of things out, and leave[s] the game with an attempt to thwart our efforts. Based on the information I have, that’s the assumption I’ve made.”

Hanson responded, saying that Reid has “never been outside of the United States, apparently, because if you go to the Middle East or Africa or Asia or South America, you learn very quickly what oppression is.”

The military historian and political columnist also noted that the national anthem protests have become politicized in a way that makes it unclear exactly what — or who — the players are now protesting against. When President Donald Trump called out the kneelers at a rally in Alabama on September. 22, the protests increased exponentially in volume as anti-Trump sentiments infused them.

“What are they protesting about? Is it … racism against blacks? Is it police brutality? Is it Donald Trump?” Hanson asked. “It changes week to week.”