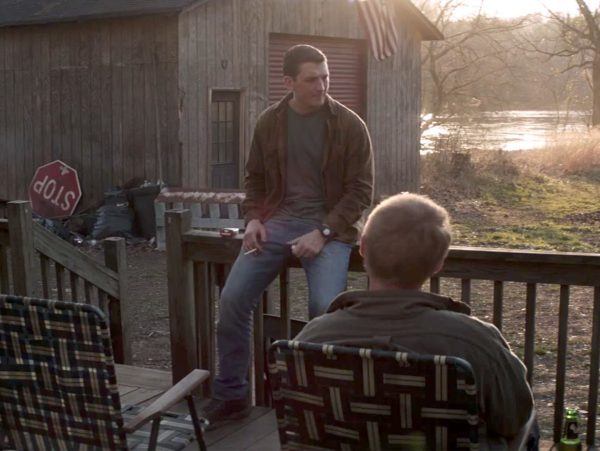 Instead of glorifying the violent aspects of war, the soon-to-be-released film “Thank You for Your Service” zeroes in on a more serious and less talked about fight that many veterans engage in once they’re back home.

Many military movies focus on the bravery and valor of our soldiers, depicting their actions on the battlefield overseas in various American wars. Although “Thank You for Your Service” is about a veteran of the war on terror, the project — based on a 2013 nonfiction book written by David Finkel — instead focuses on the struggles veterans can face readjusting to civilian life after returning from deployments. Specifically, it depicts former 2-16 Infantry Battalion Staff Sgt. Adam Schumann (Miles Teller) and his wife, Saskia (Haley Bennett).

When Schumann returned from Baghdad in 2007 — his third tour — he suffered from post traumatic stress disorder (PTSD) because 11 of his battalion’s men died overseas that September. According to the U.S. Department of Veteran Affairs website, an estimated 11 to 20 percent of veterans returning from Operation Enduring Freedom suffer from PTSD.

“My hope is that it will get people talking,” Haley Bennett told Parade magazine, speaking of PTSD. “My father and my grandfather were both veterans. Also, my first boyfriend became a Navy SEAL. I come from this world. It got me asking a lot of questions. The story took on a personal meaning for me.”

The movie, set to be released Friday, October 27, is directed by Jason Hall, the screenwriter behind the smash hit “American Sniper” — which told the story of the late Navy SEAL Chris Kyle. The film similarly examined the struggles a soldier can face in balancing time overseas with time back home.

“Thank You for Your Service” focuses on more veterans this time around — and the story spends less time overseas.

“They were normal grunts hoping to return to normal lives,” Hall told the Colorado Springs Gazette about the veterans depicted in his film. “For me, these guys come back to the war in their homes. The war is not over.”

“We need to open our arms up and carry these guys home,” he added. “My hope is [the movie] does start a conversation.”

“Thank You for Your Service” also tackles a serious topic few military movies dare to touch on: veteran suicide. On average, 22 U.S. veterans commit suicide per day, according to the documentary “Project 22.”

During World Wars I and II especially, the Allies used war movies to promote their causes, and during the Vietnam War, John Wayne famously tried to counter the nation’s anti-war attitude with the patriotic “The Green Berets.” Now, however, that dynamic has shifted.

Veteran artists are now more welcomed into the arms of Hollywood today.

A major reason military films have changed and expanded their scope in recent years is that veteran groups such as Got Your 6 have worked alongside Hollywood creators to ensure that movies accurately depict American soldiers and veterans. In order for a film or television program to earn a “6 Certification” from the group, it must meet certain criteria that help ensure the film includes well-rounded depictions of veterans.  [2]

In addition to more veterans groups getting involved in the culture, veteran artists are today more welcomed into the arms of Hollywood. Movies about specific true stories will invite real veterans to monitor filming or take part in scriptwriting, such as ex-Navy SEAL Marcus Luttrell on “Lone Survivor,” or Kyle on “American Sniper.” Another example is Mikal Vega, an ex-Navy SEAL currently working on the production of NBC’s “The Brave” [3] to help ensure accuracy in the stories and the cast.

Movies like “Thank You for Your Service” and others that highlight both the accomplishments of veterans and the struggles are possible because veterans and veterans groups have taken a more active role in pop culture. Let’s hope the momentum doesn’t stop here — and that more films like “American Sniper” and “Thank You for Your Service” are on the way. Highlighting veterans and their stories is one major way that storytelling can help bridge the cultural gap between veteran and civilian [4] and progress veterans’ causes.