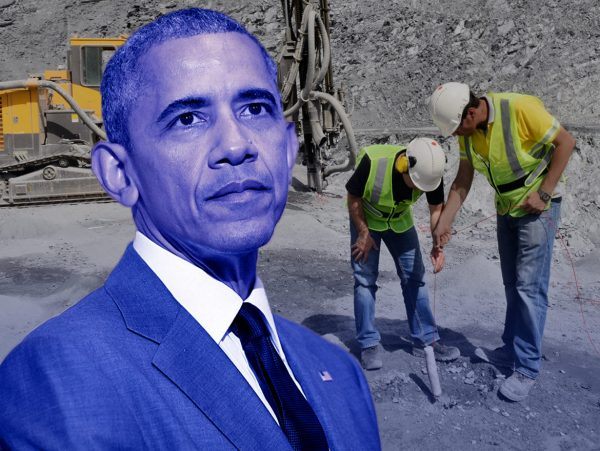 Out of some 146 cases filed under the Immigration and Nationality Act during former President Barack Obama’s administration, just 10 accused companies of discriminating against Americans, according to data uncovered by a Washington legal foundation.

The Immigration Reform Law Institute (IRLI), the legal arm of the Federation for American Immigration Reform (FAIR), gathered the statistics by reviewing lawsuits and settlements initiated by the Justice Department’s Office of Special Counsel for Immigration-Related Unfair Employment Practices.

The Immigration and Nationality Act contains provisions to protect Americans from discrimination, as well as immigrants. But the statistics suggest that the Obama administration made scant use of that section. The 10 cases filed on behalf of citizens represent less than three-fourths of 1 percent of the total caseload, dating to 2009.

Just one case alleged that a company had retaliated against an American citizen. In that case, a receptionist at a New Jersey company alleged that her bosses forced her to screen out American job applicants.

“It would tell that agency is focusing resources on certain areas and that those resources, unfortunately, do not involve American workers,” said Ian Smith, who until recently was an investigative associate at the Immigration Reform Law Institute.

Smith and others said they have high hopes that the current attorney general, Jeff Sessions, will reverse course. He has taken concrete steps in that direction. In April, for instance, the Justice Department created a hotline [1] inviting whistleblowers to report instances in which companies have discriminated against Americans in favor of immigrants.

The civil complaint alleges that Crop Production Services Inc. in 2016 refused to employ at least three U.S. citizens as seasonal technicians in El Campo, Texas, because it preferred foreign laborers working on H-2A guest worker visas. The company imposed more burdensome requirements on American applicants than it did guest workers, according to the suit.

“The Obama administration spent most of its time going after businesses that almost seem like they didn’t try hard enough to hire foreign workers over American workers.”

Those conditions included a background check and a drug test. While the American applicants had to submit to both, the foreign workers did not, according to the complaint. What’s more, according to the allegations, the company dismissed Americans with limited English skills but imposed no such requirement on the guest workers.

All 15 of the seasonal worker jobs went to H-2A visa workers.

“In the spirit of President Trump’s executive order on ‘Buy American and Hire American,’ the Department of Justice will not tolerate employers who discriminate against U.S. workers because of a desire to hire temporary foreign visa holders,” Sessions said in a statement announcing the litigation.

The company told the Loveland (Colorado) News that it was “reviewing the allegations and determining its response.”

Chris Chmielenski, director of content and activism at NumbersUSA, said the Crop Production Services lawsuit is a good sign.

“We think that the attorney general should be going after discrimination, not just [against] U.S. citizens but legal permanent residents,” he said.

Chmielenski said the paltry number of cases on behalf of citizens indicates a bias.

“The Obama administration spent most of its time going after businesses that almost seem like they didn’t try hard enough to hire foreign workers over American workers,” he said. “I think it was a philosophical choice.”

Indeed, a majority of the cases brought during the Obama administration accused employers of asking immigrant workers for too much documentation to verify they were authorized to work legally. One of those cases accused Restwend LLC, which owned several Wendy’s restaurants in Maine.

Smith noted that Wendy’s has won praise from organizations favoring American workers for being the only fast food chain to use the voluntary E-Verify system to confirm the immigration status of hirees.

In April 2011, Restwend agreed to pay $14,500 in back pay — plus interest — to an immigrant applicant and pay an additional $2,300 in civil penalties. It also agreed to train its human resources staff about their responsibilities under the Immigration and Nationality Act.

According to a news release at the time, the company instituted a policy of not hiring applicants it believed were not U.S. citizens.

Smith said the Obama administration signaled its priorities in subtle ways. He said that, for instance, the administration just before leaving office in January changed the name of the small Justice Department office to the Immigrant and Employee Rights Section.

Smith also pointed to a chain of emails between top Justice Department lawyers and the Southern Poverty Law Center, an Alabama-based organization that has come under fire [2] from conservatives who say it unfairly has tarred mainstream conservative outfits as “hate groups.” It also has a big “open borders” legal practice, he said.

“It seems that the SPLC and that section are pretty cozy,” Smith said. “There’s just a lot of chummy relations.”

Smith noted that SPLC founder Morris Dees flew to Washington in 2012 and dined with Justice Department lawyers. He said activists favoring mass immigration would take a different view if the shoe were on the other foot.

“I don’t think they would cut the same amount of slack if the new civil rights head went to dinner with IRLI or FAIR,” he said. “There would be an uproar.”