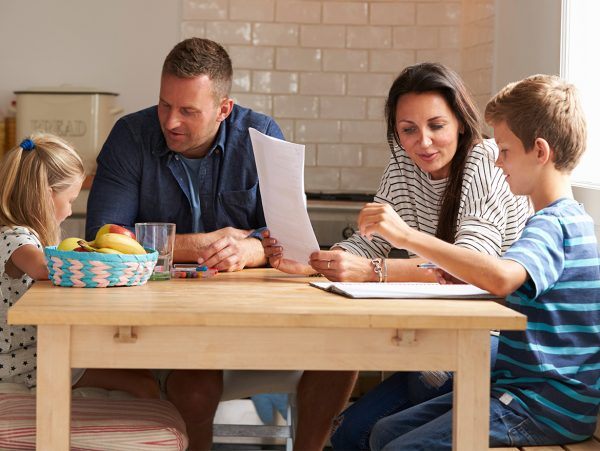 Have you ever felt discouraged about something nice you did and thought to yourself, “I don’t know why I bother?”

Consider these two hypothetical scenarios that drive this point home.

A friend’s brother was going to have a baby. My friend knew the mom-to-be and her brother would receive everything they needed. So she decided to make the baby a hand-knit sweater to give as a gift. After carefully considering colors and styles and spending a ridiculous amount of money and time at the yarn store, my friend made a beautiful sweater. She loved that sweater. Beaming with pride, she brought it to her brother’s house, but he didn’t open the carefully wrapped box.

A few hours later he sent a one-word text: “Thanks.”

A working mom completed a complex and time-consuming project at work. She slogged away nights and weekends for an entire month, missing time with her kids. After she handed the project in, her boss barely noticed the effort. After no word from him, she sent an email asking if he’d received the project.

His response was merely, “Yup, sorry, forgot to respond.”

These types of scenarios occur all the time — and they’re dispiriting. Most people don’t do good work or deeds just to receive praise and a big thank-you. However, when one doesn’t reap appropriate attention, it stings. And we wonder whether it’s worth the effort.

This is exactly what happens to kids when their parents forget to recognize good behavior. Take a moment and think about how many times you’ve uttered the following words and/or phrases over the past few days: No, don’t, stop, go to your room or time out. Also, how much of your time did you spend lecturing, cajoling a child in a tantrum, negotiating, begging or admonishing constant complaining?

If you are like most parents you gave considerably more time to addressing your children’s unpleasant behavior, as opposed to focusing on the good stuff. You know that old saying, “The squeaky wheel gets the grease”? That’s what’s happening here.

When kids act up or push their parents’ buttons, mom and dad react. It’s almost impossible not to. But when parents spend so much time on discipline they often forget to recognize the behaviors they would like to see more often. This is a great mistake.

Related: How Forgiveness Made Me a Better Man [2]

Children, just like adults, become unmotivated to perform tasks that obtain no recognition or reward. I’m not saying we need to present toys and sweets every time a kid cleans up or turns a video game off on the first request. Rewards can be attention, a hug, or even a high-five. But just as in the two scenarios above, it feels crappy to try hard and have no one notice.

The problem with spending all our time “teaching” and disciplining kids is that they also learn their obnoxious behaviors snag all the reward and attention. For example, throwing a tantrum in Starbucks might actually land a kid a cake pop. Whining and begging for five more minutes of play time will likely extend play time. Maybe not always. But even if acting out works sometimes, it’s enough to deeply motivate this behavior. If whining, crying and complaining meet a child’s goal, it will certainly be repeated. So parents are inadvertently encouraging unwanted behaviors and discouraging desirable ones.

When parents change how they respond to both desirable and undesirable behavior, everything changes.

When parents fail to provide reinforcement for good behavior, those behaviors become extinct. Yes, just like the dinosaurs, they disappear. The good news is that this process is easily reversed. When parents change how they respond to both desirable and undesirable behavior, everything changes. Parents should ignore any annoying or attention-seeking behavior including begging, whining, crying for effect, tantrums, complaining, and negotiating.

Kids learn quickly that throwing a Pterodactyl-sized tantrum garners no attention or response, and they soon stop acting that way. Again, why bother with it if that behavior doesn’t get an extra cookie, bedtime story, or video game?

Parents, meanwhile, should stop ignoring delightful behavior. Shift your focus, and good behavior will surely increase. Pay more attention to your kids when they listen well, put toys away, respond to requests quickly, show kindness to a friend or sibling or when they have good table manners. Simple statements such as, “I like the way you cleaned up” or “Nice job on doing your homework” can go a long way. Trust me.

Related: The Parenting Style That Helps Kids Most [3]

Make the reward easy to obtain at first and as the child becomes invested in the behavior, increase the difficulty. For example, when a child never makes his bed start with a small reward for every time a child tucks in the sheets and neatly pulls up the comforter. But after a week or so, reward only when the bed is made three days in a row. Then when it’s made for a whole week. Eventually children become so good at the behavior that they don’t need the reward to motivate them.

At that point, make a big fuss, have one final reward and then take the behavior off the chart.

Related: How to Connect with Your Teen Whether You Want to or Not [4]

Don’t let your children feel as though their good behavior doesn’t matter. Don’t have them ask themselves, “Why bother?” Instead, make sure they clearly know you value their good behavior by ignoring inappropriate actions and lavishing your rewards and attention on the all the rest.

Catherine Pearlman, Ph.D., LCSW is the author of “Ignore It,” the founder of The Family Coach, and an assistant professor of social work at Brandman University.