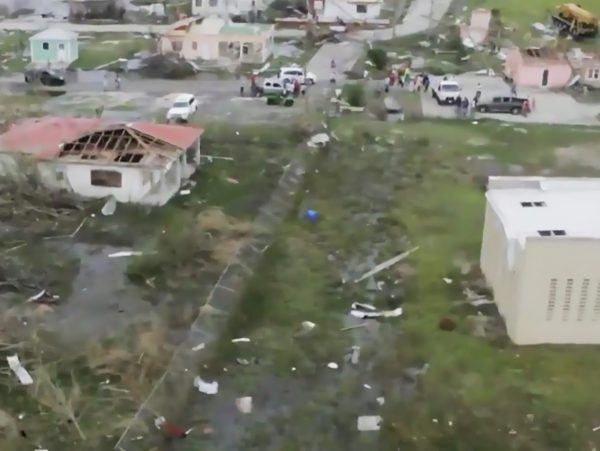 Good-hearted, patriotic Americans all across the country are praying for those in the likely path of Hurricane Irma. A small handful of liberals, however, mocked conservatives whose lives or property are threatened by the storm.

The Daily Beast published an article on Friday that appears to suggest that certain high-profile right-wingers could lose their homes as some sort of karmic retribution for “denying” climate change.

In the article, which has the seemingly celebratory title “Monster Hurricane Irma Barrels Toward Climate Change Deniers’ Playground,” author Michael Daly casually writes that “were it not for all the innocent souls who have been and likely will be hurt by Hurricane Irma, you might see poetic justice in homes owned by President Trump and billionaire David Koch and commentators Rush Limbaugh and Ann Coulter being battered by a storm made the most powerful ever recorded in the Atlantic with a boost from warmer water and moister air.”

To Dan Gainor, vice president of business and culture at the Media Research Center, the translation is that some on the Left believe people they disagree with deserve to have their lives destroyed.

“There are no limits on the hate from the Left,” Gainor told LifeZette. “It’s just obscene to root for someone to be hit by a hurricane, no matter what views that person holds. To be so utterly hateful and demented to write a piece like this is astonishing. That The Daily Beast published it is beyond belief.”

But there was no shortage of liberals on social media eagerly endorsing The Daily Beast’s insensitive article.

“Can they all be strapped down on Miami Beach?” tweeted @tinalouise37.

There were numerous tweets along the lines of “divine justice” and “there is a God.” One individual tweeting under the account @JohnAMason1 wrote that “WHAT GOES AROUND, COMES AROUND! TIME THESE GREED SCUM REAP WHAT THEY HAVE SEWN!”

For days, angry liberals on Twitter have been vocal in their hope that Hurricane Irma destroys President Donald Trump’s Mar-a-Lago estate.

“Hey @realDonaldTrump, this would be a great weekend to stay at Mar-a-Lago. Don’t mind that Irma stuff, it’s all fake news,” tweeted user @rcdent62.

Many liberals engaged in similar behavior, mocking conservatives and bringing political division into the conversation, in the run-up to and aftermath of Hurricane Harvey. Politico published a shocking cartoon that depicted Texans as racist, anti-government cretins (despite the fact that Houston is an overwhelmingly Democratic city), while French magazine Charlie Hebdo issued a cover that depicted the afflicted population of Texas as actual Nazis.

But the vitriol around the pair of hurricanes from some leftists was, Gainor said, indicative of a very small minority of Americans.

“The response to Hurricane Harvey helped show the media that we are still a nation united, no matter what they claim,” he said. “Heroes like the first responders, the Cajun Navy, and stars like J.J. Watt who raised money for the victims, they help define us as a nation.”

Gainor added: “Vile comments like those of writer Michael Daly only serve to remind us that some people enjoy the misfortunes of others.”