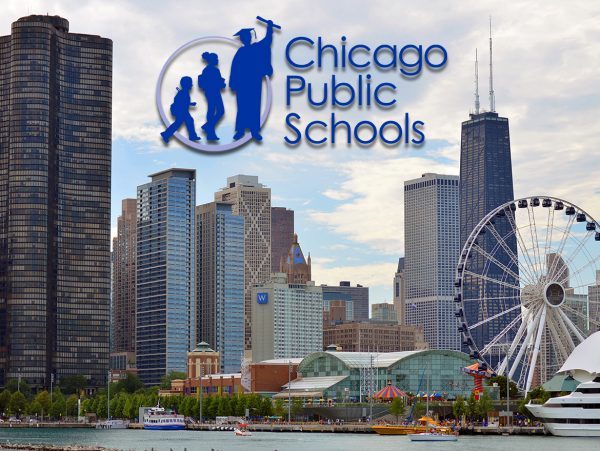 As part of a 2015 reparations deal, Chicago public school students will be subjected to a new six-lesson curriculum “about Jon Burge, a former CPD detective accused of using torture, primarily on black men in his custody between the 1970s and 1990s, to force confessions to crimes,” reported The Columbia Chronicle.

Burge was allegedly responsible for torturing over 200 suspects in police custody between 1972 and 1991. The Chronicle makes it clear, however, that the true motivation behind the new course of study is not to educate Chicago’s youth about Burge as much as to teach the myth of systemic racism in law enforcement.

“The first lesson calls for students to discuss opinions or experiences with racism and police brutality. This precedes discussion of Burge’s human-rights abuses and the police officers whose actions helped him hide his crimes,” reported The Chronicle.

So intensely do administrators expect the course to impact students that special counseling is being arranged.

“Counseling will be made available because of the traumatic impact discussions about racism can have on the people of color who make up the majority of the CPS student bodies,” and the course finishes with “a unit assessment in which students create a proposal for a memorial in honor of the victims of Burge’s torture methods,” according to The Chronicle.

On September 2, the Chicago chapter of the Fraternal Order of Police sent a letter protesting the new course to Janice K. Jackson, the chief education officer at Chicago Public Schools.

“While the Chicago FOP finds any coercion of any sort in the course of a criminal investigation repugnant and a violation of our sworn oath to serve and protect, we also believe that the whole truth about this subject of police misconduct may not be reflected accurately in your curriculum, nor in the manner through which it came into being,” wrote Martin Preib, the Chicago FOP’s second vice president.

“As educators and public servants, we both have an obligation to present the entire scope of this subject to our children in a truly objective light without bias, so that students can form reasonable, informed conclusions based on actual facts placed in an accurate context,” Preib continued. “Failing to do so may cause far more harm than good, regardless of anyone’s intentions.”

An expert in the escalating vilification of law enforcement said there is no question Chicago school administrators intend to use the Burge case to increase hostility toward modern-day police officers.

“Anti-police activists have been using the Burge case for over a decade to justify counterproductive constraints on the CPD today, even though the CPD has long since taken measures to make sure that such abuse never happens again,” said Heather Mac Donald, a fellow at the Manhattan Institute and author of “The War on Cops: How the New Attack on Law and Order Makes Everyone Less Safe.”

“Now the Chicago Public Schools are resurrecting the case to increase hatred for the police,” she told LifeZette.

“If the CPS and city council wanted to improve police/community relations, they could increase funding for the Explorers program, which adopts young people into police precincts and teaches them about law enforcement,” Mac Donald continued. “If school bureaucrats and council members actually visited the program, they would find children who respect the police and aspire to careers in law enforcement. Their numbers could easily double with more resources.”

Mac Donald noted that instead, administrators are traveling down a dangerous path that will lead to more mistrust, more anger and, potentially, more tragedy.

“Instead, CPS has adopted a dangerous course of oppositional politics. By increasing hatred for the police, it is ensuring that more people will resist lawful police authority should they have any encounter with the police, thus risking the officer’s own use of force,” she noted.

Mac Donald said: “This Saturday, nine people were shot on the South and West Sides of Chicago, including an innocent 67-year-old man. That same day, a 54-year-old woman was robbed at a bus stop on the South Side; she tried to grab the thug’s gun and got off a round. He grabbed the gun back and tried to fatally shoot her as she lay on the sidewalk, but the gun jammed and she survived. Last Tuesday, a 14-year-old boy was murdered by gang members on his way to school. These are the threats that blacks in Chicago face — from criminals.”

“The CPS has one obligation and one obligation only: to rigorously educate its students through high demands on conduct that will prepare students for a productive life,” she said. “Instead, it is playing the destructive racial politics.”