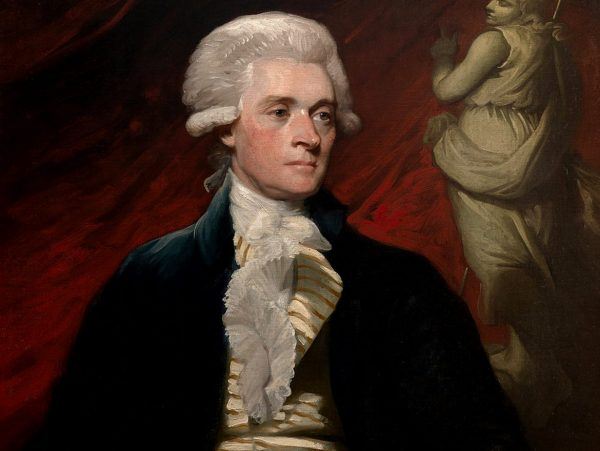 As left-wing activists target statutes of Confederate soldiers, Supreme Court justices, and even Christopher Columbus, some on the extreme Left have set their sights on Thomas Jefferson, author of the Declaration of Independence and third president of the United States.

But one of the most commonly cited allegations about Jefferson, that he fathered six children with a slave that he owned, Sally Hemings, is the subject of ongoing scholarly debate and is far from settled history. Many who’ve studied all of the available evidence believe it’s very unlikely.

“Even if I didn’t like him, I’d be outraged at the treatment he’s received,” Bob Turner, a law professor at the University of Virginia in Charlottesville, told LifeZette this week.

Turner chaired a commission of scholars that found that the DNA evidence, taken together with all of other available evidence, had failed to prove that Jefferson had conclusively fathered one child with Hemings or any other slave, much less six.

The main piece of evidence is the DNA tests that were conducted in 1998 by a pathologist named Dr. Eugene Foster. Thomas Jefferson’s DNA was not tested, and neither was that of Jefferson’s descendants, as he had no sons from his marriage to Martha Wayles and therefore no direct, male-line DNA to test. Rather, the DNA used was from known descendants of Thomas Jefferson’s uncle, Field Jefferson, the brother of his father.

The initial news release that was issued following the tests, which were done in England in 1998, said that there was a near 100 percent certainty that Thomas Jefferson was the father of Eston. But the lead researcher on the study later retracted the claim, saying the results only showed a one-in-eight probability that Jefferson was the father of Eston.

It has emerged and been documented that there were 25 male Jeffersons in the area at the time who could have been possible DNA matches, and, upon closer study, that there were eight who might have fathered Hemings’ children, given that they lived close to Monticello and were known to have visited.

“We do not believe that that relationship has ever been established in any definitive or evidentiary way,” said Richard Dixon, a retired lawyer who helped found the society, saying he thinks some people started out with the idea that there’d been a relationship between the two — and made the evidence fit.

“From an evidentiary standpoint, there’s no proof of it. It’s just an allegation,” he said.

The DNA test on the descendants of Thomas Woodson, who was reportedly conceived in Paris, where his mother, Sally Hemings, lived with Thomas Jefferson and his daughters while Jefferson was serving as an envoy to France, turned out to show that Woodson was not related to any of the Jeffersons.

But reading through the foundation’s 2000 report, one sees an acknowledgement that the DNA didn’t implicate Thomas Jefferson directly.

It also acknowledges that DNA testing on Thomas Woodson’s descendants showed that Woodson was not related to Jefferson.

Yet it concludes that Thomas Jefferson was the father of all six of Sally Hemings’ children.

How? By concluding that Thomas Woodson must not have been the son of Sally Hemings at all, and may not even have existed.

When contacted by LifeZette, a spokeswoman for the foundation said that oral history and other evidence had factored into the finding.

Another piece of evidence presented by the foundation deals with Thomas Jefferson’s presence at Monticello during the times that Sally Hemings become pregnant.

“It’s not true,” says Turner. “There are several cases when Thomas Jefferson is not there during the entire period of conception.”

Another issue with trying to peg conception to Jefferson’s presence at Monticello is that when he was there, so was everybody else.

“What we know is, Jefferson kept Monticello locked up when he was away,” said Turner.

But when Jefferson was at Monticello, that’s when people came to visit, and, after he became president, there were up to 50 visitors at a time at Monticello.

“With all these people there, there is not one record of anyone saying they saw Thomas Jefferson sneaking out in the night, or Sally sneaking in. It just doesn’t work,” he says.

Turner points to the person he believes more likely fathered the Hemings children.

“The only person we’ve found who fits all of the available evidence was Jefferson’s much younger and mentally challenged brother, Randolph,” says Turner.

Randolph, 12 years younger than Thomas, was known as “Uncle Randolph” after the death of Thomas Jefferson, when Jefferson’s daughter, Martha, was left in charge of the estate, given that he was Martha’s uncle.

This would match what The New York Times reported about what the descendants of Eston Hemings believed. A female descendant of Eston Hemings, when reached by The Times in the late ’90s after the DNA test results, said she was surprised to be told she was descended from Thomas Jefferson (as the Times reporter told her she was) given that she and other family members were always told they were descended from an uncle of Jefferson.

“He’s the only one who really fits all the evidence,” says Turner of Randolph.

“He would make the short [trip] there [to Monticello] of less than 20 miles, and spend several weeks usually. This was common.”

Randolph, unlike Jefferson, was known to socialize with slaves, spending time outside their quarters, playing the fiddle. And he was also known for his rather loose morals, in contrast to his older brother.

The president of the Thomas Jefferson Foundation, Leslie Greene Bowman, was out of the country this week and not able to be reached, but a spokeswoman said, when asked by LifeZette, that “It’s the evidence taken as a whole” that led the foundation to the conclusion of Thomas Jefferson’s guilt.

“It’s a shame they’ve pushed it this far,” says Dixon.

Docents at Monticello showcase for visitors that they believe Jefferson was a hypocrite for writing that all men are created equal when he was copulating with a slave.

The visitor’s center at Monticello is now also divided in two, with one half devoted to the Hemings and the other half to the Jeffersons.

The calcification of the allegation has led young liberals to increasingly demand Jefferson be shut out of campus life at the university the third president founded.

The Huffington Post published an article this week calling Thomas Jefferson a rapist in the opening sentence.

“That’s the kind of thing that comes out of this when you’re just beating somebody up,” said Dixon.