Early this year, China’s President Xi attended the Davos World Economic Forum and made grand statements in support of free trade. He was widely applauded by the crowd of CEOs, political leaders, and journalists there in the Swiss Alps and commentators worldwide.

What most of those free trade enthusiasts did not know, or perhaps ignored, is that under Xi’s leadership, China is in the midst of implementing a protectionist industrial strategy that prioritizes “indigenous” innovation and production, and sets out specific targets for Chinese domestic production.

One independent German research institute has warned that if China succeeds in its protectionist master plan, it could seriously destabilize entire sectors of manufacturing industry in Germany, the U.S., and elsewhere.

Made in China 2025 (MIC 2025) is an effort by the Chinese leadership to address China’s reputation as a manufacturer of low-quality mass-produced goods — by remaking China’s industrial sector into a global leader in high-technology products and advanced manufacturing techniques.

Published in 2015, the plan identifies ten key sectors (see list below), which include what most people think of as high tech (information technology), as well as four key transportation sectors (aerospace, maritime, rail, and energy-saving vehicles), advanced manufacturing technologies (robotics), and finally new technologies (new materials, biomedicine), where the applications are not yet known but likely to be broad and powerful. Note that many of these industrial sectors are directly relevant to military and security capabilities, both in the physical sense (ships and planes) and in the cyber sense (IT and cloud).

According to one estimate, the sectors targeted in MIC 2025 account for some 40 percent of China’s industrial production. But apart from its breadth, the most striking feature of the report is its emphasis on domestic production and domestic content. MIC 2025 envisages the targeted industries growing via three phases: (1) localize and indigenize (2) substitute and (3) capture global market share.

Under the first item, MIC 2025 emphasizes the importance of developing indigenous technology and locally-owned brands. The phrase “indigenous innovation” is used repeatedly in MIC 2025 and in the related “Green Paper” technical report, which spells out the plan in greater detail. Substitution refers to the strategic goal of substituting domestic production for foreign imports as soon as Chinese companies have the capability to do so. Finally, once Chinese companies have the capabilities, their mission will be to go out and take market share around the world.

The Chinese government has set out clear, aggressive targets for domestic market share in many sectors. For example, the plan calls for 80 percent domestic share in new-energy vehicles and high-tech ship components. In mobile phone chips, where China’s market share today is close to zero, the target for 2025 is 40 percent — a goal that poses a severe threat to the chipmaking industries of Taiwan and South Korea.

Note that if a U.S. government official had announced a 70 percent domestic market share target in even a single significant industry as a goal for U.S. policy, he or she would have been denounced worldwide for violating the shibboleths of free trade. For many people, including sadly many economists who ought to know better, the notion of “free trade” is mixed up with their political preferences and a nostalgic wish for a bygone world of a kindly, compassionate Uncle Sam where economic policy could come from a poem on the side of a statue.

MORE NEWS: Gutfeld: Liz Cheney Is ‘Nuts’: ‘She Has This Grandiose View of Herself…It’s Embarrassing for Her’

The plain fact is that in the today’s globalizing world, the most robust economic growth comes to those nations that pursue export-led growth and manage their trade policies carefully. So it’s not surprising that it is in Germany, where trade surpluses and industrial leadership have been honed to a fine art, that there is great worry about the protectionism of Made in China 2025.

A detailed report by Berlin’s Mercator Institute said this about MIC 2025: “In the long term China wants to obtain control over the most profitable segments of the global supply chains and production networks. If successful, Made in China 2025 could accelerate the erosion of industrial countries’ technological leadership across industrial sectors.”

What can the U.S. do about China’s industrial master-plan? China may not succeed in all aspects of its ambitious plan. But it is likely to succeed in some sectors. The U.S. cannot afford, economically or militarily, to end up dependent on China for key product segments such as semiconductors or maritime ship components.

The much-rumored Section 301 investigation by the Trump Administration, followed by tariffs to stop U.S. companies from selling their intellectual property for a pittance is a good idea, as is blocking Chinese acquisitions of U.S. technology companies. But these are small steps. The U.S. and its allies need to work together to tell China that if it chooses to build its own economy as a self-sufficient “indigenous” bloc, other nations will respond by doing the same, as a bloc. It is China, not the U.S., that is taking apart the world trade system, sector by sector.

Jeff Ferry is an economist and Research Director with the Coalition for a Prosperous America, a bipartisan Washington group focused on better trade policies and rebuilding the U.S. manufacturing industry. 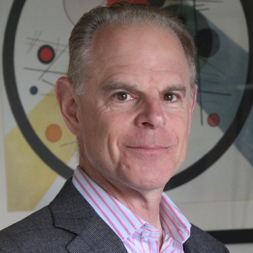 Gutfeld: Liz Cheney Is ‘Nuts’: ‘She Has This Grandiose View of Herself…It’s Embarrassing for Her’