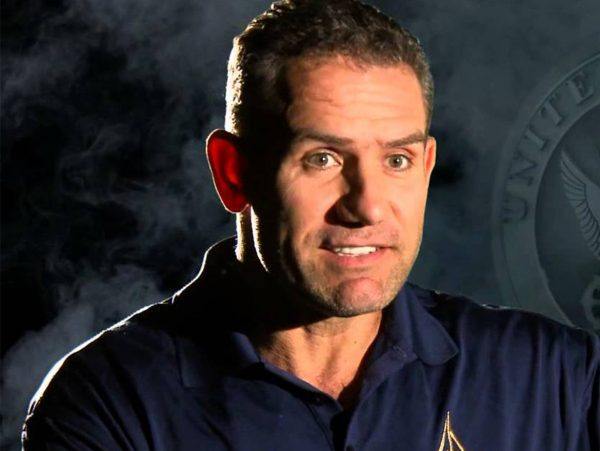 Not long ago, it wasn’t common for Hollywood to tell military stories — unless the project made a political point or served up mindless, unrealistic action.

Now, thanks to veteran groups like Got Your 6 [1] and such critically praised box-office hits as “Lone Survivor,” nearly every studio is looking to dramatize the true tales of America’s servicemen and women. Thankfully, some want to do it accurately, too. There’s History Channel’s “Six,” [2] CBS’ upcoming “Navy SEALs,” [3] and a lot more in the works.

To achieve accuracy, productions may turn to real veterans to consult on scripts, characters, and action scenes. These vets work as technical consultants and help round out the characters in order to combat the extreme stereotyping that has plagued movies for too long.

Mikal Vega is one such technical adviser — and he’s working on the upcoming NBC program “The Brave.” The series follows an elite military team that goes behind enemy lines and undercover across the globe to rescue Americans and execute near-impossible missions.

A 22-year combat veteran, Vega spent years on bomb squads and as a Navy SEAL. He served multiple deployments to Iraq and still works with veterans through his organization Vital Warrior, which promotes alternative therapies such as meditation to help vets deal with trauma.

Vega’s unique experience and knowledge made Dean Georgaris, creator of “The Brave,” realize quickly the veteran could be much more than a by-the-numbers technical adviser.

“On this particular show, it’s not just a tech adviser,” Vega told LifeZette, explaining that his role in helping to create “The Brave” “extends beyond the boundaries of what your typical tech adviser is doing out there.”

Vega said he was in the writers’ room on a weekly basis during the creation of “The Brave.” He helped shape stories and shared insight into the professional and personal lives of soldiers. “They incorporated me at such a high level,” Vega said.

He also helped block certain shots on set and worked closely with the cast. “I set up a boot camp for them,” he said. He also advises them “on nutrition and mindset … I took the team-building lessons I learned in the military, dialed it down a notch, and applied it to [each] individual.”

Vega also has the cast run through tactical rehearsals before big action scenes, similar to what is often taught in the military. A team will go through “rock drills” and rehearse the maneuvers of everything from clearing a building to moving through a town until it works like clockwork.

He was hesitant to take a job on “The Brave” at first, said Vega, as the success of technical adviser jobs can be entirely based on the creative team; sometimes they are listened to, but sometimes they’re just there for show.

He said he was convinced to take the role once he met with Georgaris. “He came from such a place of passion toward serving the military and honoring the military,” Vega noted, adding that it’s a motivation the rest of the cast and crew share as well.

Vega understands his extended role is not “the norm” in Hollywood for veteran advisers, but it’s “a model Hollywood should really pay attention to, especially once you see the result.”

He also brought his creative side to “The Brave.” Before working on the series, Vega had scored acting roles in such high-profile films as “Transformers: Age of Extinction” and “Teenage Mutant Ninja Turtles.”

He is also president of a production company called AK Waters Productions. The motivation was to extend the role of veterans in the film industry. While Vega sees plenty of veterans taking on technical adviser roles, he said he doesn’t see enough actual acting, writing or directing; his company aims to change that.

The other goal is to take a “fictitious environment and apply accurate tech.” Films thus far from AK Waters include “Navy SEALs v Demons” and “Texas Zombie Warriors: Dallas.”

Vega is unusual indeed — and he plays an important role in shaping veterans’ place in the movie business.

“I was your glee club nerd guy,” Vega said of his teenage years, laughing. He said leaving the military became the perfect opportunity for him to go “back to those roots.”

Related: Revealed! This Actor Will Be Back as Bond [6]

For now, his focus is “The Brave,” which debuts September 25 on NBC. Vega is incredibly proud of it.

“I’m so grateful,” he said of his role on the show, adding that finding the balance between compelling drama and realism is “a razor’s edge,” but viewers will be surprised by the show’s accuracy. “It’s ugly, it’s visceral, it’s gritty,” said Vega. And the series depicts how often military missions go “sideways” and how operators deal with such problems in the moment.

“We’ve achieved something really special,” he said. He believes the team behind “The Brave” is “walking the walk” and that the final product will show that. “I cannot wait until you guys see this.”