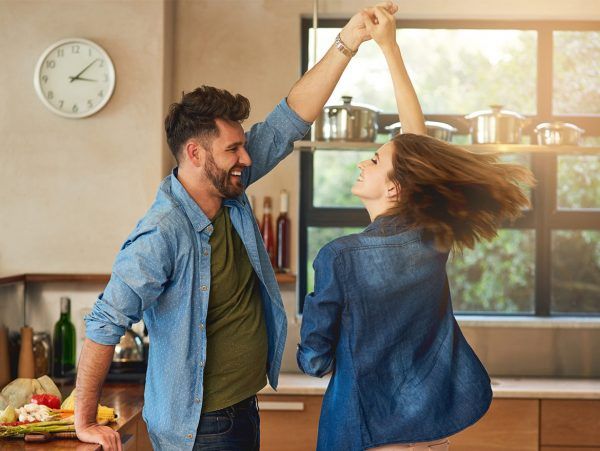 Many American adults choose not to honor their marriage vows when their relationship hits harder times than they expected. The failure of marriage commitments has increased among baby boomers since the 1990s. A recent report from the Pew Research Center cites a divorce rate that has roughly doubled between 1990 and 2015 among adults over age 50.

The weakness or absence of lasting commitment in many marriages is magnified by the divorce rate of baby boomers who are remarried. Among this group, the divorce rate has tripled since the 1990s.

Younger adults are also contributing to the problem. The divorce rate for adults younger than 50 is about twice that of adults who are older than 50.

Benjamin Karney is a professor of psychology and co-director of the Relationship Institute at the University of California, Los Angeles. In a university report, Karney was quoted: “When people say, ‘I’m committed to my relationship,’ they can mean two things. One thing they can mean is, ‘I really like this relationship and want it to continue.’ However, commitment is more than just that.”

Karney and Bradbury discovered that those couples willing to make sacrifices in their marriages and do the work are more likely to remain married. They were also more likely to have happy marriages.

In popular culture, love comes in many flavors — all with the same label but different ingredients. But only one love is infused with lasting commitment. This love is found in marriages in which couples willingly make sacrifices for each other. Their love is deeper than the emotional excitement they feel toward each other. Sacrificial love is altruistic, given without self-interest. A husband or wife expressing this love does so to fulfill the needs and dreams of the spouse, with the goal of cultivating and sustaining a thriving relationship. It’s the kind of love the Bible refers to in 1 Corinthians 13, known as the love chapter.

Related: The Secrets of a Non-Boring Marriage [1]

Additional research by psychologist John Gottman sheds light on what contributes to a lasting marriage commitment. Gottman’s research at the University of Washington in Seattle derives its conclusions from decades of studying hundreds of married couples. Gottman has discovered that the way a spouse goes about comparing the partner to other potential or imagined mates has a profound effect on the strength of his or her commitment to the marriage relationship.

Related: Love and Marriage: They’re Worth the Fight [2]

We’re familiar with the husbands who compare their wives negatively to other women, and wives who wish their husbands were more like other men. An example is a husband who warms up to the compliments he receives from the attractive woman he works with — and dreads going home to his critical wife. Another example is the wife who appreciates the compliments on her appearance she receives from the kind man next door — and how she wishes her husband would turn off the TV and notice her more. (go to page 2 to continue reading)  [lz_pagination]

(continued from previous page)
A spouse who contrasts a partner’s negative attributes against more desirable attributes sets himself up to betray the couple’s commitment. This person entertains thoughts about doing better. By doing this, the person imagines being happier with a different person, perhaps someone already known or a stranger met in a bar or online.

Many people fall into the illusion that images they see in pornography can become their reality. People in marriages where one or both spouses have slipped into this pattern chip away at their commitment to each other until no desire remains to work on and solve problems that inevitably arise between married couples.

All spouses make comparisons. Those who make positive comparisons focus on their own partner’s best attributes.

Consider the wife who appreciates her husband’s public displays of affection. He holds her hand as they walk through the mall. He also compliments her in front of friends. Husbands who display public affection for their wives seem rare to her, and she grows to value her husband more in comparison to other husbands.

Related: Be Happier in Your Marriage [3]

Or consider the husband who appreciates that his wife flirts with him. He likes that she brushes against him when they’re working together in the kitchen. She smiles and winks from across the room. She also sends kisses to him via text messages while he’s at work. He doesn’t know any other men whose wives give them as much attention as his wife gives him.

A spouse who feels gratitude for a partner’s positive attributes is likely to feel that losing the partner would be disastrous. The appreciation of a spouse’s positive traits cements the commitment to the relationship — and erects a wall of security around the marriage.

Related: This Habit Can Revive the Passion in Your Marriage [4]

The problem of failed marriage commitments is one that has a solution. The solution is in married people adjusting their focus. One useful adjustment is to not think so much of one’s own needs and wishes that you fail to honor the needs and wishes of your spouse.

The other adjustment is to focus on and cultivate an appreciation for the spouse’s best characteristics.

Jon Beaty [5], writer, counselor and father of two, lives near Portland, Oregon. He’s the author of the book “If You’re Not Growing, You’re Dying: 7 Habits for Thriving in Your Faith, Relationships and Work.” [lz_pagination]