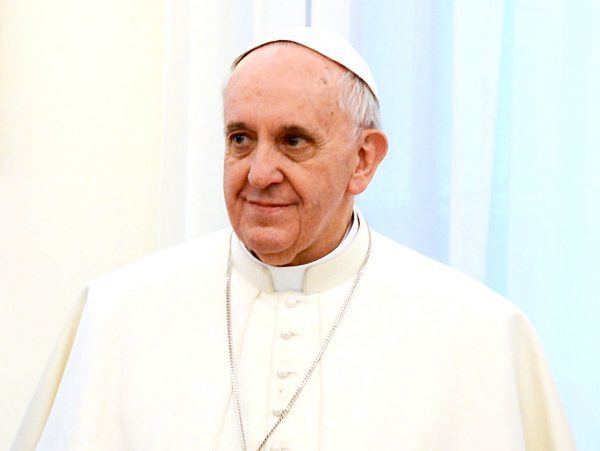 The head of the Catholic Church made an appeal to fight human trafficking, which he called “ugly,” “cruel” and “criminal.”

“Every year, thousands of men, women and children are innocent victims of labor exploitation, and sex and organ trafficking,” Pope Francis said Sunday. He gave his message in St. Peter’s Square.

Human trafficking “is ugly. It is cruel. It is criminal,” said Francis.

“The Kingdom of God is offered to all — it is a gift, a favor, a grace — but it is not made available on a silver plate. It requires dynamism: It is to seek, to walk, to do,” Francis said.

Sunday, July 30, was the United Nations “world day against trafficking in persons.” The International Labor Organization estimates that 20.9 million individuals are trafficked worldwide.

It’s happening right in our communities or nearby.

Related: What Dunkirk Can Teach Us About Faith [1]

“Here in this country, people are being bought, sold, and smuggled like modern-day slaves, often beaten, starved, and forced to work as prostitutes or to take jobs as migrant, domestic, restaurant, or factory workers with little or no pay,” the agency noted.

On July 22 officials found at least 39 people inside a semitruck parked outside a Walmart in San Antonio, Texas.

“We’re looking at a human-trafficking crime,” San Antonio Police Chief William McManus said, calling the incident “a horrific tragedy.” Some victims appeared to be between the ages of 10 and 17 years old.

“To maximize their criminal profits … human smugglers crammed more than 100 people into a tractor-trailer in the stifling Texas summer heat,” Thomas Homan, acting director of U.S. Immigration and Customs Enforcement, said in a statement last week. The truck had an Iowa license plate.