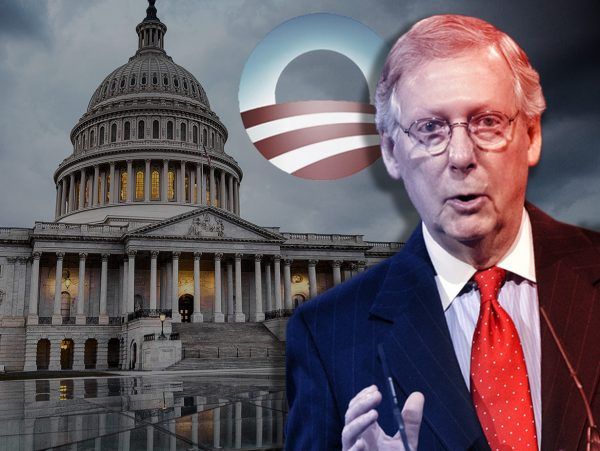 The Senate Republicans could not even pass a “skinny repeal” of the Affordable Care Act, aka Obamacare, after seven years of promises early Friday.

And Sen. John McCain (R-Ariz.) was the deciding “no” — ironic, since McCain fought President Barack Obama on the bill in 2009, fought to stop Obamacare from becoming law in 2010, and promised to vote in favor of the skinny repeal during a press conference just hours earlier.

It was a major defeat for Senate Republicans, after weeks of agonizing over how best to advance the long-awaited repeal of Obamacare.

The House had a struggle of its own but finally passed the American Health Care Act. The bill then went to the Senate, where Republicans didn’t release the final version of their repeal law until after 10 p.m. Thursday.

“This is clearly a disappointing moment,” said McConnell. “We thought [Americans] deserved better … This is a disappointment indeed.”

The skinny bill had major flaws, according to critics such as Philip Klein, the managing editor of the Washington Examiner and a media expert on Obamacare.

While the Health Care Freedom Act tried to repeal the hated “individual mandate” to buy health insurance, it left most of Obamacare in effect. Conservative critics noted that since Congress could only repeal so much of the law without provoking the filibuster rule in the Senate, the mandate and much of Obamacare would kick back into law in seven years.

Klein said on Twitter that the act only eliminates the hated penalties on individuals for not having health care. It didn’t eliminate in the law or the mandate itself.

The act also would have repealed the tax on medical devices, but only for three years, according to Klein. The tax drew bipartisan opposition over time, once it was enacted, but Democrats would not budge. (Not a single Democrat voted for the skinny repeal bill.)

U.S. Sen. Lindsay Graham (R-S.C.) held a bizarre press conference early Thursday evening, saying he hoped the law would not become law, and that it was “half-a**ed.” Yet he said he would vote for the bill to get it along. And he did.

Yet his friend and close ally McCain ultimately did not.

McCain, Graham and Sen. Ron Johnson (R-Wis.) said they wanted assurances the House would not simply grab the bill and pass it — instead sending the bill to conference. If that happened, the bill would head to President Donald Trump to become law.

House Speaker Paul Ryan (R-Wis.) assured the trio in a statement the House and Senate would indeed meet and conference before the bill was finalized.

But just before 1 a.m. Friday, as the bill seemed certain to pass, McCain stalled on the final vote. He then joined two liberal Republican senators, Susan Collins of Maine and Lisa Murkowski of Alaska, to shoot it down.