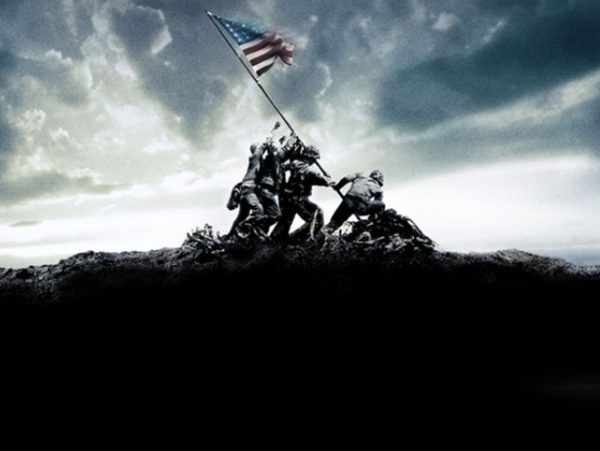 Hollywood has made countless films about World War II and the perseverance of the greatest generation, which defended Pearl Harbor and stormed the beaches of Normandy.

There was even a film surrounding events during the war in theaters very recently: “Dunkirk,” written and directed by Christopher Nolan (“Interstellar,” “The Dark Knight”).

Its opening weekend numbers, over $50 million, suggested that audiences’ fascination with the war has not ebbed in the slightest.

Some of the greatest tales of human triumph and hardship can be found in the accounts of those who participated in the Second World War. They are the kind of stories that inspire gripping and harrowing cinema. They are the stories that truly will never, and should never, die.

Here’s a look at the four best World War II movies to watch before or after taking in the highly acclaimed “Dunkirk” if you still haven’t seen it yet.

1.) “Saving Private Ryan” (1998). The opening sequence of “Saving Private Ryan” is alone worth the price of admission or the cost of a rental or purchase. It’s the closest cinema will likely ever come to depicting the actual realities of that fateful day in 1944, when soldiers landed on Omaha Beach as part of the D-Day invasion of Normandy.

It’s a brutal sequence that doesn’t let up. It’s nowhere near a fraction of what the actual men went through, of course, but it’s a heart-wrenching account of what those in uniform go through when they are asked to do the impossible.

The overall story of “Saving Private Ryan” is a little kooky and very “Hollywood,” but that doesn’t keep the film from being one of the best movies set during World War II.

A mother of four boys finds out that three of them have died in combat. Captain John H. Miller (Tom Hanks) is told that the new assignment for his platoon is to track down the last son, a Private Ryan, and bring him home.

Their journey depicts not only the horrors of war but also the perseverance and persistence of good men in times of international strife. Hanks perfectly captures the everyday American. He’s a regular guy with an ordinary job back home, as are his men, but times call on them all to be so much more.

Director Steven Spielberg knocked it out of the park with this 1998 feature. It won five Academy Awards, including one for the filmmaker himself.

2.) “Flags of Our Fathers” (2006). Filmmaker Clint Eastwood wore a uniform himself during the Korean War. Though he didn’t see combat, he knew firsthand the sacrifices and challenges that come with being a soldier. He had seen for himself, too, the great cultural gap between soldier and civilian — something that only seems to get wider with time.

Based on the best-selling book by James Bradley and Ron Powers, “Flags” is a very different type of war movie. After an opening showing the Battle of Iwo Jima, the story follows the power of one famous photo that came to define the war — the raising of the American flag on Mount Surabachi by six Marines after they had taken the island.

Three soldiers are chosen to represent the men in the photograph (portrayed by actors Ryan Phillippe, Adam Beach, and Jesse Bradford) and to go home and sell the war effort by getting those back home to buy war bonds.

“Flags of Our Fathers” [1] is a movie about the individual struggles of soldiers as they return from war and face a home that can never fully grasp what they endured.

It’s one of Eastwood’s best pictures as a director and one that unfortunately didn’t initially catch fire at the box office. However, it has gained more respect and popularity over the years and deserves multiple views to truly appreciate what Eastwood and his team crafted.

3.) “Letters from Iwo Jima” (2006). This was one of the most daring films about World War II ever filmed. Clint Eastwood took a huge gamble by making a movie about the Battle of Iwo Jima from the perspective of the Japanese soldiers defending the island.

It serves as a perfect movie to double-bill with “Flags of Our Fathers,” given that the two are separate sides of the same coin.

In less skilled hands, “Iwo Jima” would have been a politically correct, preachy nightmare. Eastwood and his writers knew better than this. The director kept politics and agendas out of the movie and simply told the tale of soldiers facing certain death.

Filmed entirely in Japanese, it’s a unique perspective of the conflicts of World War II and one absolutely worth watching along with “Flags of Our Fathers.” The two create a strong and enlightening portrait of the war when they are viewed together.

4.) “The Bridge on the River Kwai” (1957). Few movies about World War II have been as influential as this film. It constantly makes lists as one of the best films of all time, and it is preserved in the United States National Film Registry.

Alec Guinness stars as a lieutenant colonel captured and put into a Japanese POW camp along with other British and U.S. troops. The captured men are told to construct a railway bridge, even though manual labor by POWs is against the Geneva Convention.

As prisoners of war, the men have little to focus on or take pride in besides the construction of the bridge. Guinness’ character takes a particular interest, and what follows is a stirring depiction of what war can do to one’s mind, especially when forced into labor at a prison camp.

It’s a World War II movie that has been mimicked but never topped. It’s a unique tale of survival and madness, and of keeping integrity and pride in situations that constantly threaten to strip people of both.