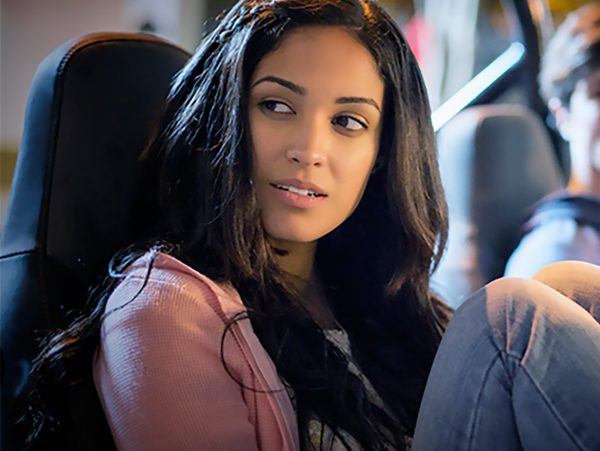 “Because of Gracia” is not the typical coming-of-age story from today’s Hollywood production machine.

The faith-friendly movie follows a high school girl, played by Moriah Peters, who struggles to fit in at a school that balks at her religious convictions — and at her decision to refrain from having sex before marriage.

The film had humble beginnings, as writer-director Tom Simes shared in an interview with LifeZette. His film debuts in theaters Sept. 15.

“I wrote this as a play in 2001. I had been a teacher for 27 years. I saw secularism and progressivism just seeping into the public school system, and as a Christian teacher, I saw that the Christian kids were all of a sudden kind of going into the shadows,” said Simes from his home in the Saskatchewan province in Canada. “They were walking along the sides of the hallways, heads down. They felt like they were all of a sudden like outsiders in public schools.”

When he originally put pen to paper, Simes said he “just wanted to tell a story.” But his “story” evolved into something that ended up “really encouraging Christian young people to be themselves, with themes such as freedom of speech and chastity and courtship and sanctity of life.”

Though a story with an abortion subplot and a young religious woman at its center would not attract many high-profile Hollywood producers, Simes cleverly circumvented the typical process of movie financing when he decided to bring his story to the big screen himself.

The filmmaker grabbed a phone and a few friends — and filmed the entire movie. “I shot the entire thing as a rough cut,” he said.

From there, he showed it in a local theater and used the rough cut to give potential financiers an idea of what he was looking to make. He found one willing to give him a sizable budget to make the film.

Related: Exclusive: New Clip from Faith-Friendly Film, ‘Because of Gracia’ [1]

It’s an unusual process to finance a movie. Simes said he plans on putting a book together about it for other filmmakers.

Still, even with the impressive behind-the-scenes story, Simes is most proud of his movie’s story and message — one that goes completely against the grain of most of Hollywood’s output today.

“What’s happened over the last 50, 60 years — which is something I’ve been thinking a lot about as a writer and as a person who does the arts — is that the secular progressive message has been so pervasive in our culture because [those people] understand narrative. They’re so good at telling stories,” said Simes.

Meanwhile, the filmmaker feels that conservatives and Christians have only thought about “winning arguments.”

It’s something Simes is looking to start to change with “Gracia.” As he told LifeZette, “We’ve got an amazing curriculum that goes with the film, so that youth pastors and people can un-package the film — and they’re going to want to see it with their friends.”