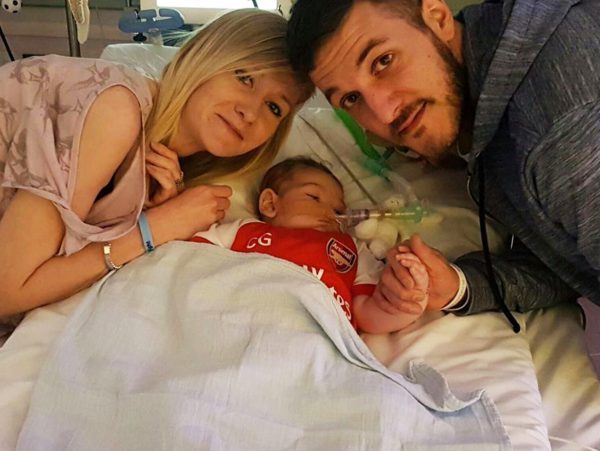 Baby Charlie Gard died on Friday, July 28, after his parents fought a heart-wrenching battle with the European court system over getting life-saving treatment for their son.

This 11-month-old child’s short life has offered a poignant — and lasting — defense of the value of human life.

“Our beautiful little boy has gone. We are so proud of you, Charlie,” said his mother, Connie Yates.

Doctors diagnosed baby Gard with a rare mitochondrial DNA depletion syndrome. His parents had been forced into making decisions no parent should ever have to make.

His parents announced this week, on July 24, after their excruciating battle that they felt they had no choice but to end life support care for Charlie.

“Connie [Yates] and Chris [Gard] were forced to make the agonizing decision to end the legal battle for Charlie’s life, after this court-instigated eight-month process prevented him from receiving the life-affirming treatment he rightly deserved,” Jeanne Mancini, president of March for Life, said in a statement this week. “It is our hope that Charlie’s family know that the global outpouring of love and support exhibited during his fight remains as steadfast as ever as they say goodbye to their son.”

“Charlie’s spirit will continue to inspire an international fight to ensure that the sanctity of every human life is respected,” Mancini also said.

Others commented as well on the defense of life in this case.

Related: Is There Hope for Charlie Gard After U.S. Doctor’s Visit? [1]

“This outcome of socialized medicine should give all national health care advocates pause,” said Twila Brase, president and co-founder of Citizens’ Council for Health Freedom, a national patient-centered health freedom organization in St. Paul, Minnesota. “Charlie’s parents had the money to try to save him, but the British National Health Service and the courts of England wouldn’t let them try. As an editorial in The Wall Street Journal recently asked, ‘Whose baby is Charlie, anyway — his parents’ or the state’s?'”

Yates and Gard raised over $1.8 million to cover the expenses for their child to get treatment in the United States.

Catherine Glenn Foster, CEO and president of Americans United for Life, provided legal counsel and support in the U.K. for Charlie’s parents.

“It became clear after new tests performed last week that over the last months without this treatment, Charlie’s muscles had atrophied too far for it to have a chance to be effective,” Foster stated. “As I sat behind Connie and Chris in the courtroom, I could see the shock and tears in everyone’s eyes, from reporters to the High Court judge presiding over the case. Connie and Chris, along with their family, were openly crying.” (go to page 2 for the rest of the story) [lz_pagination]

(continued from previous page)
Congress even approved a measure to allow the child and his parents permanent residency in the U.S., so that he could receive treatment from a New York-based doctor, Michio Hirano, who has been working on an experimental therapy appropriate for the child’s condition.

Hirano traveled to England last week to examine the infant.

“We are truly devastated to say that following the most recent MRI scan of Charlie’s muscles, as requested in the recent MDT meeting by Dr. Hirano, as Charlie’s devoted and loving parents we have decided that it’s no longer in Charlie’s best interests to pursue treatment and we will let our son go and be with the angels,” said Yates this week.

“Had Charlie been given the treatment sooner he would have had the potential to be a normal, healthy little boy,” the mother added.

After the long, extensive legal battle, the court system denied the parents the chance to take their baby elsewhere for treatment.

“We have only been asking for a three-month trial of treatment to see if there was any improvement,” Yates said. “We have been asking for this short trial for the past eight months. Charlie did have a real chance of getting better if only therapy was started sooner. It was never false hope, as confirmed by many experts.”

The children’s hospital in London exhausted its medical treatment options for the child.

It is a sad day for thousands around the world who had been following Charlie Gard’s case.

The baby’s life “has made a lasting impact on the world and drawn together people from all walks of life and political persuasions, uniting them around the dignity and value of every human being,” Americans United for Life’s Foster said today. “Their fight will continue as Charlie’s legacy, so that we can build a culture that respects life and protects the lives of the most vulnerable.” [lz_pagination]