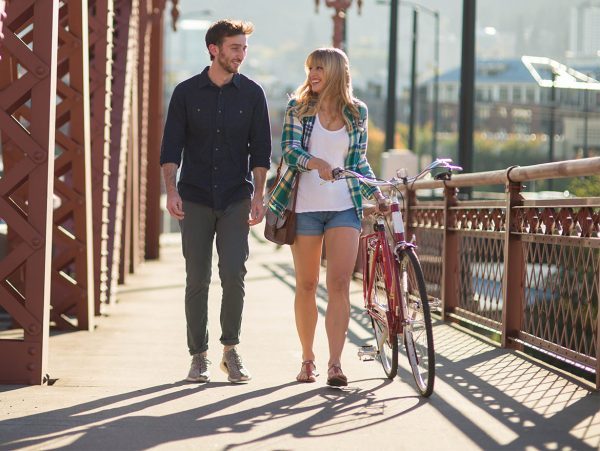 Many married couples have traded the excitement they felt before their wedding day for boredom. During their courtship, they looked for every opportunity to pass the time together. After being married for a while, they have few mutual interests. They find their excitement in their individual pursuits. They didn’t want a boring marriage but didn’t know how to keep that spark alive.

Researchers have discovered what may seem obvious, that married couples who participate in exciting activities together are more satisfied with the quality of their marriages, compared to couples who only participate in pleasurable or mundane activities. But what they also found is that married couples can improve marital satisfaction by engaging in exciting activities together.

In one of their studies, researchers Arthur and Elaine Aron and their collaborators randomly assigned several married couples to one of two groups. From one group, they bound individual married couples together on one side with Velcro, connecting their wrists and ankles. They then instructed each couple to crawl from one end of a 30-foot gymnastics mat to the other, then back. A rolled-up mat was placed at the halfway point as an obstacle to climb over.

To add complexity to the challenge, the team also instructed each couple to carry a cylindrical pillow the length of the mat and back, without using their hands or feet, only using only their heads and bodies.

The researchers gave each couple four attempts to complete the course in under one minute. They were told only one in four couples succeed. However, all couples participating in the experiment were told they succeeded after the third or fourth attempt and were rewarded with candy.

With another set of couples, the researchers assigned a mundane exercise. With each couple, they required one spouse to roll a ball from the edge to the middle of the mat on hands and knees while the other partner watched from the edge of the mat. Once the ball was in the middle of the mat, the other spouse was instructed to retrieve it and return with the ball to his or her original position. The spouse who rolled the ball was then allowed to return to his or her original position. This activity was not timed for speed. Each couple repeated this activity for about seven minutes.

The researchers also studied the impact of other activities on marital satisfaction. As with the exciting crawling exercise, couples who participated together in other novel or arousing activities had higher satisfaction with their marriage, even when compared to couples who participated together in pleasant activities. Exciting activities included musical concerts, plays, lectures, skiing, hiking, and dancing. Pleasant activities included visiting friends, attending a movie, attending church, and eating at a restaurant.

After the honeymoon, married couples often put less energy into planning exciting activities like those they engaged in while courting. Instead, their energies get spent on achieving financial goals, career advancement, housework, and raising children. This adds up to a boring marriage.

Related: Asking for a Woman’s Hand in Marriage [1]

To avoid ending up in a boring marriage, or to revive the spark in one that’s already stuck in the mundane, consider putting some more effort into planning exciting activities you and your spouse can do together.

Make sure you talk it over and choose activities that interest you both.

Related: Be Happier in Your Marriage [2]

The best activities are those that expand your horizons and get you both out of your comfort zones. If crawling on a mat with your limbs strapped together isn’t your thing, consider these suggestions:

Jon Beaty [3], writer, counselor and father of two, lives near Portland, Oregon. He’s the author of the book “If You’re Not Growing, You’re Dying: 7 Habits for Thriving in Your Faith, Relationships and Work.”