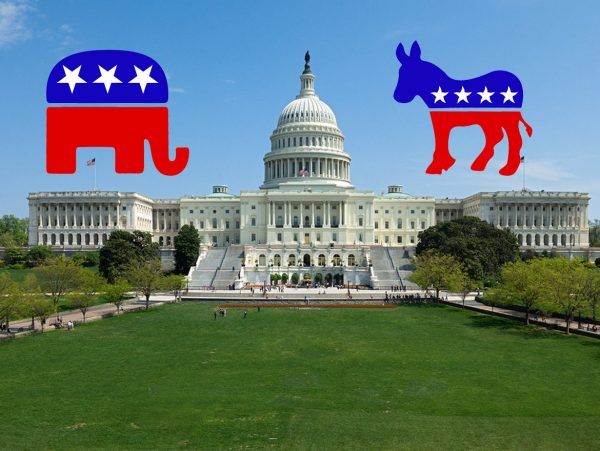 The state of political animus has become so pervasive that roughly one in four Democrats and just over one in five Republicans now believes that members of the other Party constitute “a threat to [their] way of life,” according to a CBS Poll released Monday evening.

The CBS Poll, conducted in the aftermath of a left-wing gunman’s ambush of GOP legislators, indicates the American public believes the political atmosphere has created the conditions for such violence.

“And while Congress and many observers called for a more civil tone to political debate in the wake of the events, Americans of all political leanings overwhelmingly say that the tone and level of civility in our political debates has been getting worse in recent years,” the CBS News report read.

Indeed, 68 percent of those polled believe that the “tone and civility” of current U.S. political debate is getting worse, while 24 percent believe it has remained the same. Only 7 percent said they think it is getting better.

In addition, 73 percent of Americans said that this current political climate is “encouraging violence.” Although 68 percent of Republican respondents believe this to be true, 85 percent of Democrats and 68 percent of independents concur.

Eddie Zipperer, an assistant professor of political science at Georgia Military College, told LifeZette in an email that many factors are “responsible for the widening chasm between people on the left and right.”

“Globalism has used big money and propaganda to convince people all over the world that nationhood is an illusion … the extreme Left in America doesn’t believe in having a country anymore.”

“First is social media. When you were a kid, did you ever wish you could read minds? And then some grown-up explained how awful it would be? That’s what social media is like,” Zipperer said. “It’s a giant force of enablement where people can find a big group of cheerleaders for whatever nonsense they say. The more vitriolic and hateful your rhetoric, the more famous you become.”

Of the Democrats polled, 25 percent said they believe that Republicans pose “a threat to [their] way of life.” Roughly 21 percent of the Republican respondents feel the same way about Democrats.

These results also fall in line with a Rasmussen Reports poll, released Monday, indicating that 76 percent of likely American voters believe there is a greater threat of politically motivated violence in 2017 than there had been in recent years.

The CBS Poll’s results were released the day after Sanders and fellow progressive Sen. Elizabeth Warren (D-Mass.) held a joint Facebook Live event Monday, in which they spoke harshly of Republican senators’ efforts to bring a partial Obamacare repeal bill to the floor.

“When I talk about a political revolution, this is what I’m talking about,” Sanders said in response to a question from someone named Mary. “We are not going to do horrendous things to millions and millions of working people. We are going to stand up and fight back … You have got to, Mary, act in an unprecedented way. Think big. Get involved in every way that you can.”

Despite the hostile political climate, a majority of Americans still hold onto some hope that the country can set aside some of its differences. Fifty-five percent of total respondents said they are “optimistic” that “people of different political views can come together.” Democrats were the least optimistic, with 51 percent holding onto hope, and 56 percent of Republicans and 57 percent of independents expressing the same.

But the two polls’ results also exemplify just how deep and wide the gap between Republicans and Democrats has grown over the last few years.

Zipperer speculated that the political hostility has increased to such heights that many liberals, in particular, no longer believe in the idea of collective “nationhood.” Saying that “globalism has used big money and propaganda to convince people all over the world that nationhood is an illusion,” Zipperer maintained that the climate has reached “a point where the extreme Left in America doesn’t believe in having a country anymore.”

“It has created moral relativism where all ideas and behaviors are okay as long as they can be justified by something cultural,” Zipperer said, adding that “the Democratic Party is a big, unified pander to the extreme anti-nationhood Left because that’s where the big, multinational corporate money is.”