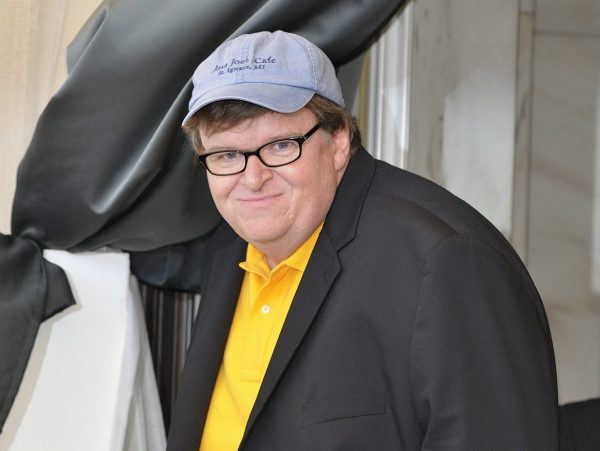 The group lost sponsors after it stirred up controversy by putting on a “Julius Caesar” production, in which the bloody assassination of a Donald Trump lookalike was shown. Protests ensued [3] — and the play ended its run on June 18.

Police are reportedly still investigating threats against the wife of the play’s director.

“Caesar” actor Corey Stoll wrote in an essay for Vulture after the show’s completion that he was unaware how literal the likeness between the president and Caesar would be in the play, until he saw the actor in makeup. He said he was [4] “disappointed” but defended the play as part of the “resistance.”

Moore’s show “The Terms of My Surrender” will debut this summer.

It will be another attempt by the filmmaker to capitalize on the presidency of Donald Trump; Moore already released the documentary film, “Michael Moore in TrumpLand,” last year.

Reflecting nothing but bias, the actor tweeted on June 27, “I’m donating my total advance pay from my B’way show to Shakespeare in the Park after conservative media bullied Corp sponsors 2 pull out.”