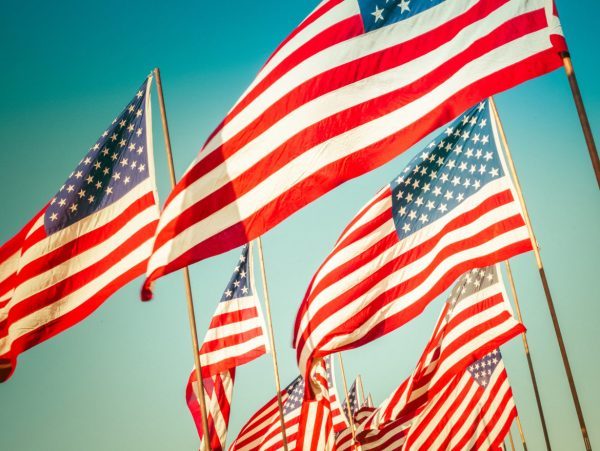 As our society becomes more secular and crass — and as headlines become more and more disturbing, such as the frightening shooting that targeted lawmakers and their aides at a baseball field in Alexandria, Virginia — one of the places it shows up most and surprises us is in the media.

The Media Research Council recently published a survey declaring that the majority of network television and cable outlets present negative material about President Donald Trump as much as 90 percent of the time.

The reason some reporters “cook their stories” is that they disrespect the law, and their bias inhibits them from telling the truth. It starts with how they have no basis for objective, third-party unchanging standards for judging truth — such as the Bible — upon which our country was founded.

Media reporters without a basis for judging truth make up their own stories that may have nothing to do with the truth. In fact, they may be completely crafted for the sake of advocacy journalism that is anti-God, or may fulfill a desire to tell stories that fit their worldview and desire for humanistic change.

Occasionally, an “artist” will present something to shock us and get publicity for his “cause.” It is necessary we view such ideas as coming from a mind so depraved that some would diagnose it as crazy.

The real thoughts of the mind and heart behind the so-called “art” or “joke” depiction from comedian Kathy Griffin [1] shows us the outworking of heart-borne hatred. By denigrating President Trump and distributing a picture of a decapitated, bloody head of our president, Griffin was showing her desire for the president to be killed in an ISIS-style method. It could not be taken as anything other than hatred to the point of wishing for the president’s death — at least that’s what the Secret Service believed when its officers went knocking on Griffin’s door.

While the liberal comic destroyed her own career because of her hatred and had all of her booked performances and TV shows canceled, she blamed President Trump and his family for her self-inflicted wounds.

That’s not the way life works.

Even though she apologized because the reaction to her stunt was quick and vociferous even from left-leaning Hollywood types, her actions were like driving a nail into a board. If you pull it out, you still have to deal with the ugly hole left in it. (go to page 2 to continue reading) [lz_pagination](continued from previous page)
The 1987 immersion of a crucifix in urine by Andres Serrano showed contempt for organized religion. The piece made headlines two years later when it was shown to the public during a National Endowment for the Arts tour. When then-Sens. Al D’Amato and Jesse Helms saw the depraved piece, they helped pass a law requiring the NEA to consider “general standards of decency” in awarding grants. The uproar turned the picture, titled “Piss Christ,” into one of the key fighting fronts in the culture wars of the 1980s and 1990s.

Serrano’s fellow NEA recipient, Robert Mapplethorpe, divided a nation over the question of whether the government had the right to censor art.

Conservatives will strongly defend the First Amendment. There’s no doubt. But when the shock experienced by the public is so strong as to offend adults and not take into account the tender consciences of children, common sense suggests it should be eliminated from public view. It contributes nothing to the positive momentum of society.

Denying the existence of God, making fun of God-appointed authorities, offending the beliefs of millions of people and making any source other than the Bible the fountain of truth helps us understand that all are born into sin and sin is in us from the start.

What we’re simply seeing now in our society is the working out of depravity in the heart and mind, as people decide to not recognize the jurisdiction and authority of God’s law and human lawgivers. It reveals itself as coming from the hearts, minds and hands of those who hate God enough to wish the death of any (or all) authority figures prescribed by our Constitution. It also reveals people who have become their own god and who, by their works, dismiss the possibility of eternal punishment in hell that awaits them, according to the Bible.

Related: Truly Religious Politicians May Be a Dying Breed [2]

Related: America Is a Nation Blessed by God [3]

Each person believing and obeying God is a recipe for a successful society.

Each person becoming his or her own god is a recipe for destruction and death. We all must make this binary choice.

Sam Rohrer is president of the American Pastors Network, a national network of pastors with constitutional and biblical teachings that discusses today’s pressing issues. He was a member of the Pennsylvania House of Representatives for 18 years and a candidate for governor in 2010, and is co-host of the daily “Stand in the Gap Today” national radio program on 425 stations.