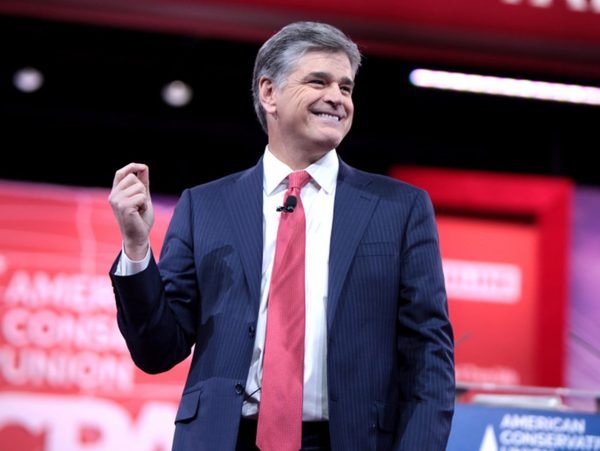 The military financial services provider USAA caved to an onslaught of outrage and announced Tuesday it would resume advertising on Fox News host Sean Hannity’s show.

Liberal advocacy groups led by far-left activists at Media Matters for America smelled blood in the water after Fox News succumbed to external pressure and fired its popular former host, Bill O’Reilly, in April. After Hannity ran a controversial story alleging former Democratic National Committee staffer Seth Rich, murdered last summer, may have been the originator of DNC leaks, the liberal censors pounced. The left-wing groups launched a campaign to get advertisers to flee “Hannity,” and at least 10 obliged and pulled their commercials from the show.

“I humbly thank all of my irredeemable deplorable friends for all of your support. You have all energized me more than words can describe.”

USAA said it initially withdrew from “Hannity” because its policy did not include advertising on opinion shows.

Outraged veterans and current military members quickly decried the move and pointed out that the company advertises on several other opinion shows — slamming the company for caving to politically driven, left-wing censorship.

“We heard concerns from many members who watch and listen to these programs,” USAA said in its statement on Tuesday. “Our goal in advertising has always been to reach members of the military community who would benefit from USAA’s well-known commitment to service. Today, the lines between news and editorial are increasingly blurred.”

The company added that it would also resume advertising on MSNBC’s “Hardball” and “The Rachel Maddow Show,” as well as Jake Tapper’s “The Lead” on CNN. In addition, USAA promised it would be reviewing its opinion-show advertising policies.

“They did the right thing in going back on that show,” Media Research Center President Brent Bozell said in a statement. “And so long as the other side isn’t participating in personal smears, they should participate on those shows, too.”

MRC’s members made more than 1,600 phone calls to USAA within 48 hours after the company announced its initial withdrawal, the statement noted.

“Please support them, they are returning to my show @USAA,” Hannity tweeted to his supporters Tuesday.

Hannity added, “I humbly thank all of my irredeemable deplorable friends for all of your support. You have all energized me more than words can describe.”

In response to USAA’s reversal, Media Matters President Angelo Carusone criticized the company for once again aligning itself with Hannity.

“Many are currently experiencing firsthand that doing business with Hannity means subjecting your brand to one potential PR crisis after another,” Carusone said in a statement.

Media Matters had gone so far as to publish an article on May 23 called “Here are Sean Hannity’s advertisers,” as it urged its fans to lobby in support of its Hannity-dumping scheme. The site referred to the Fox News host as “a professional propagandist for President Donald Trump, as well as a bigot, a sexist, and a conspiracy theorist.”

It now remains to be seen whether other advertisers follow USAA’s path or perform a concerted O’Reilly repeat and continue to ditch “Hannity.”