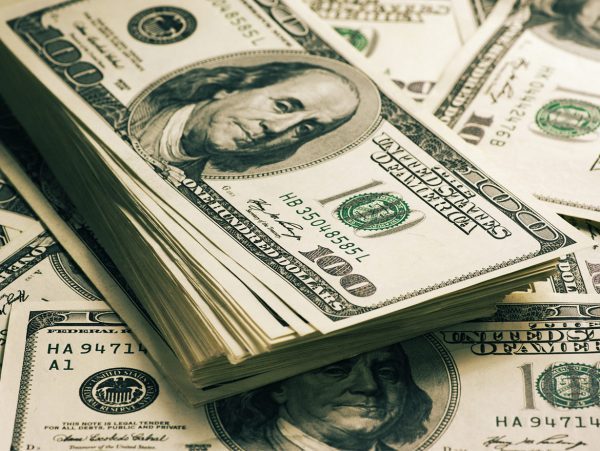 The University of California school system and the site of an ongoing free speech battle has another problem — corruption. In the battle over free speech, President Janet Napolitano has been criticized for not taking action to protect the university, free speech, and the First Amendment of the U.S. Constitution.

Janet Napolitano has a bigger problem, though. A state audit found that the University of California — and in particular, Napolitano’s office of the president — hid a stash of $175 million in secret funds while its leaders requested more money from the state.

Related: Why Rob Schneider Is Standing Up for Free Speech [1]

The San Francisco Chronicle reported that the audit found that the secret fund ballooned due to UC purposely overestimating how much was needed to run the school system, which includes ten campuses in the state. Janet Napolitano, the former Department of Homeland Security chief, is in charge of the UC system.

Napolitano denied the audit’s claim. She reportedly said the money was held for any unexpected expenses. Her office also denied the amount in the fund but had no documentation to dispute the report’s findings.

Elaine Howle, the state auditor who authored the report, found that from 2012 to 2016, UC’s office of the president attempted to raise more funding by inflating estimates of what was needed to operate the university system. Howle also said that a top staff member in Napolitano’s office improperly screened confidential surveys that were sent to each campus and deleted or changed answers critical of Napolitano before the surveys were sent to the auditor.

“I’ve never had a situation like that in my 17 years as a state auditor,” Howle said. “My attorneys are looking at whether any improper government activities occurred. Taken as a whole, these problems indicate that significant change is necessary to strengthen the public’s trust in the University of California.”

Howle said Napolitano overcharged the UC system’s campuses to fund its operations, paid its employees significantly more than state employees, and interfered with the auditing process.

The audit found that over the course of four years, the UC’s central bureaucracy amassed more than $175 million in reserve funds by spending significantly less than it budgeted for yet still asked for increases in future funding based on its previous years’ overestimated budgets rather than its actual expenditures.

“In effect, the office of the president received more funds than it needed each year, and it amassed millions of dollars in reserves that it spent with little or no oversight,” the report said.

University employees and lawmakers, who requested the audit, expressed outrage over the audit’s findings.

She criticized the office’s “skyrocketing executive pay,” a reference to the audit’s finding that the 10 executives in the office were paid a total of $3.7 million in the 2014-15 fiscal year. That amounted to over $700,000 more than the combined salaries of their highest-paid state employee counterparts.

The audit went on to say that University of California president Janet Napolitano’s office hid the secret funds even from its own board of regents and created a secret spending plan while padding the salaries and benefits of her staff.

For years, state lawmakers have been clashing with the university system over its opaque finances and escalating costs amid calls for belt-tightening by Gov. Jerry Brown. The tension between the state and the prestigious university system had mounted since the recession, when UC repeatedly hiked tuition to backfill state budget cuts and turned away record numbers of California high school seniors while admitting higher-paying out-of-state and international students.

The audit cited extensive problems with financial management at UC’s central office, including the following findings:

Administrative spending shortly after Napolitano took control increased by roughly $80 million, or 28 percent, between 2012-13 and 2015-16, but the central office doesn’t have a reliable or consistent way to track such expenditures.

It received significantly more money than it needed in each of the four years reviewed by the auditor but asked for increases in future funding based on inflated budgets from previous years.

Related: Rioting and Violence on Parents’ Dime at UC Berkeley [4]

It paid executives a total of $3.7 million in the fiscal year 2015-16 — $700,000 more than other top-paid executives at comparable state agencies — and spent at least $21.6 million in employee benefits, including contributions to supplemental retirement savings plans.

Janet Napolitano was United States Secretary of Homeland Security from 2009 to 2013 under President Barack Obama.

Jon Harris is a former Army NCO, civilian law enforcement officer, and defense contractor with over 30 years in the law enforcement community. He is an OpsLens contributor and holds a B.S. in government and politics and an M.S. in criminal justice. This article is from OpsLens and is used by permission. The auditor’s report can be found here. [5]

Read more at OpsLens:
10 Firearms You Should Consider for Concealed Carry
Muslim Activist Explains Why She Supports Extreme Vetting [6]