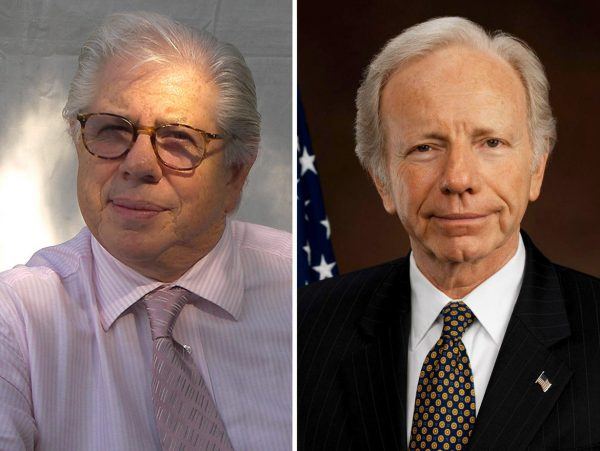 As reports pointed to former Connecticut Sen. Joe Lieberman as the front-runner for FBI director, you might expect analysis to focus on the Democrat-turned-independent’s reputation for independence, his law enforcement experience, or his history of bipartisanship.

You would be wrong — at least when it comes to famed Watergate reporter Carl Bernstein.

“It’s clear that this president wants to hold on to as much influence and control, and affect the investigation to whatever degree that he can.”

Opining on CNN Thursday, Bernstein reacted to the news as if President Donald Trump were going to select a stooge loyalist to replace fired FBI chief James Comey [1]. He suggested it was evidence that the president will not let independent counsel Robert Mueller investigate Russian interference in the 2016 election.

“I think it’s possible to be a bit cynical about the choice for the following reasons,” he told anchor Brooke Baldwin. “Lieberman is someone that Trump likes. [Attorney General] Jeff Sessions likes Lieberman. They know each other. He comes from a law firm that has done work for the president in his private life.”

So to review: Lieberman, the former Democratic nominee for vice president in 2000, is suspect because the man who might appoint him — and the attorney general — actually like him, and that Trump has, in the past, hired the man’s 350-lawyer law firm with offices in nine cities.

One can imagine Bernstein’s reaction if Trump opted for a controversial figure with close ties to the campaign, like former New York Mayor Rudolph Giuliani or New Jersey Gov. Chris Christie.  But it’s hard to see how it would be much different than his assessment of Trump’s motives regarding Lieberman: “It’s clear that this president wants to hold on to as much influence and control, and affect the investigation to whatever degree that he can.”

Bernstein claimed, “there’s no question there’s a cover-up going on, in which the president of the United States has tried to impede, obstruct, demean legitimate investigation.”

Never mind that Acting FBI Director Andrew McCabe testified before the Senate this month that there has been no effort to impede [2] the investigation. In addition, the appointment of a special counsel [3] Wednesday severely limits what a rogue FBI director could even do to impact the probe if he wanted to.

Lieberman served as attorney general of Connecticut before winning election as a Democrat to the U.S. Senate. He built a record as a foreign policy hawk and — though he had been the Democratic Party nominee for vice president only eight years earlier — endorsed Republican John McCain for president in 2008.

That could be relevant to Trump’s thinking, since McCain is one of the president’s harshest Republican critics in the Senate and is close to Lieberman.

Although Lieberman annoyed Democrats by winning re-election in 2006 — as an independent after he had lost a primary challenge — no one has questioned his integrity, which Bernstein acknowledged. He said Lieberman had a “distinguished record” in Congress.

Tim Naftali, former director of the Richard Nixon Presidential Library and Museum, said, “I suspect a man who wanted to become vice president of the United States, came very close to being vice president of the United States, would have the bigger picture in mind and would see the opportunity to be remembered for getting to the bottom” of the Russian hacking controversy.