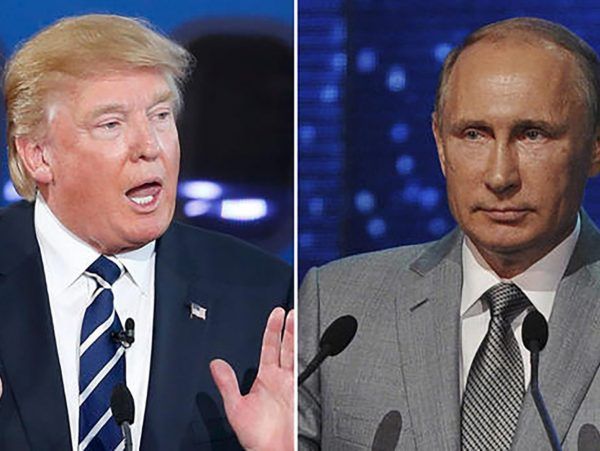 President Donald Trump’s decision to launch a limited strike against Syria, in retaliation for a deadly chemical attack on innocent civilians, has deeply undercut allegations the president is too close with the government of Russian President Vladimir Putin.

Trump’s decision to intervene in the bloody Syrian conflict and attack, although on a limited basis, forces of President Bashar Assad divided supporters of the president. Many have pointed out that the president pledged repeatedly not to entangle the United States in Middle Eastern conflicts.

“Well, it turns out when you blow up airplanes and hangars and munitions that were provided by Vladimir Putin, it’s pretty hard to call the guy a Putin puppet.”

But while the action has kicked off a debate between the traditionally hawkish voices in the GOP and populist opponents of intervention, it has also quieted a persistent attack line from critics that Trump was cozy with the Russians.

“President Putin views the U.S. strikes on Syria as aggression against a sovereign state in violation of the norms of international law and on a made-up … pretext,” a spokesman for the Kremlin said in a statement Friday. “This step by Washington will inflict major damage on U.S.-Russia ties.”

Since Trump defeated Hillary Clinton on November 8 of last year, Democrats and the media have pushed unsubstantiated allegations that allies of the president colluded with Russian hackers to alter the outcome of the election. Detractors of the president expanded their allegations to include, again unproven, theories of substantial Trump financial interests in Russia and that the Russian government could have blackmail on the president.

The resulting charge from each allegation is the president owes something to Putin or, even more alarmist, is controlled by the Russian president.

“From a very cynical point of view, if the only thing that these air strikes did for Donald Trump politically was to undercut that very strong and repeated argument about him as a vassal of Vladimir Putin  — this will do that like nothing else,” Chris Stirewalt, digital politics editor for Fox News, said on the network Friday.

“We watched for weeks as a loyal dragoon of Trump supporters, that these guys are out there, they say, ‘So what if he’s friendly with Russia, what do you care about that? He is no Putin puppet. You leave this guy alone,'” Stirewalt continued. “And the other side saying, ‘Putin, Putin, Putin, Putin, Putin.’ Well, it turns out when you blow up airplanes and hangars and munitions that were provided by Vladimir Putin, it’s pretty hard to call the guy a Putin puppet.”

Even extreme anti-Trumper MSNBC host Chris Matthews noted that the air strike blew a hole in the Russian hysteria so-often peddled by his network.

The elimination of the narrative of Russian ties will not come without a cost for the administration.

Already Trump faces a more difficult international landscape and tough questions from populist supporters after having pledged to normalize relations with Moscow and avoid Middle Eastern entanglements as a candidate for president.

Kremlin official Konstantin Kosachev told Reuters Friday, “I fear that with these approaches the hoped-for U.S.-Russian anti-terrorism coalition in Syria … is breathing its last before it is even born.”