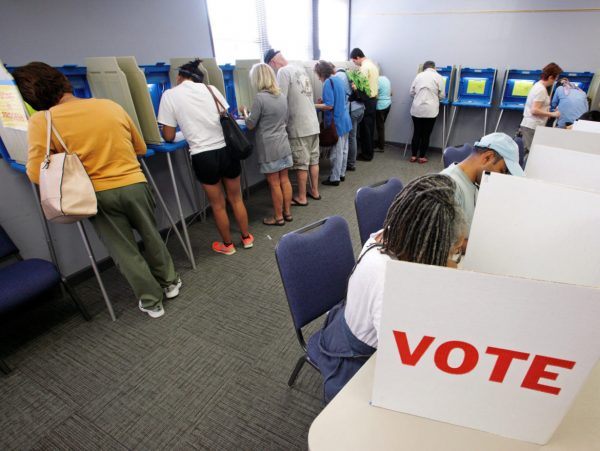 More than 500 ineligible voters cast ballots in the 2016 election in North Carolina, according to an audit released Friday.

The irregularities included votes cast by convicted felons, non-citizens, and even two people who impersonated other voters.

“If it weren’t a problem, the number would be zero.”

In addition, another 24 voters cast more than one ballot.

“Nearly 4.8 million N.C. voters participated in the 2016 general election, the largest number in state history,” states the report by the North Carolina State Board of Elections. “It is important to recognize that suspected cases of ineligible voters casting ballots and/or committing fraud represent a tiny fraction of that number,” the report continues.

But Logan Churchwell, a spokesman for the Public Interest Legal Foundation, urged public officials not to be complacent.

“If it weren’t a problem, the number would be zero,” he said. “Not only is it above zero, but [it includes] things that are not supposed to be able to happen, like dead people voting. That’s supposed to be a punchline.”

The report indicates that investigators so far have referred 16 substantiated cases to prosecutors. It remains to be seen how many cases will be referred and how many actually will be prosecuted.

“This is 500 cases, 508, that we did not know about yesterday,” Churchwell said. “The experts in the field have already made their cases. Now it’s a question of whether prosecutors will take that next step.”

If they do not, Churchwell added, it will promote more illegal voting.

The report breaks down the fraudulent ballots as follows:

In one of the cases, a voter who admitted to voting illegally wrote to investigators, “My mother at 89 was a tremendous Donald Trump fan. She donated to his campaign, watched all his debates and news involving his campaign on Fox News.”

The voter stated that the woman said her child had “power of attorney” if anything happened to her and “be sure to vote for Donald Trump for me.” The next day, October 26, she suffered a massive stroke and died.

“Please understand that my actions were in no way intended to be fraudulent but were done during my grief and an effort to honor my mother’s last request and I knew that one vote from this 89-year-old lady would not affect the outcome of the election anyway,” the letter states.