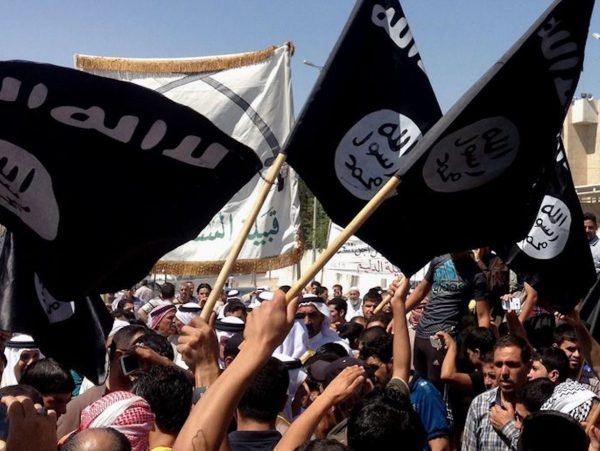 Strengthening the faith of others is a gospel imperative; it is certainly a spiritual work of mercy. That can take the form of words, but it’s usually the example of a fellow Christian that encourages others struggling with their faith.

Meeting the Christians of Iraq and Syria who have lost everything because of their faith is a very humbling experience. Every time I have been to Iraq — and I just returned from my fourth visit there since the genocide began in the summer of 2014 — my faith has been strengthened.

“You haven’t had your throat slit because you are a Christian, have you?”

Families, priests, and religious sisters refused the dreadful option of “convert or die” offered by followers of the Islamic State and had to flee with just the clothes they were wearing. These faithful servants of Christ make the struggles we are experiencing in the face of a genuine hostility to faith in the West pale in comparison.

I was rightly chastised by a priest from Mosul when I mentioned the “persecution” Christians are experiencing in the U.S. and Europe. “You haven’t had your throat slit because you are a Christian, have you?” he asked.

The Christians who fled ISIS, who refused to convert — the vast majority — are inspiring. But what about the few who didn’t flee and “converted”?

Just a few weeks ago. Edward Pentin, the intrepid Rome correspondent of the National Catholic Register, and I were in the Kurdistan region of northern Iraq. We were examining whether the Christians were able to return to their newly liberated towns and villages.

We got to within nine miles of Mosul and heard the distant sound of coalition bombs dropping on that city. The Christian towns were devastated — bombed, burned out and booby-trapped. Returning to visit families in the largest Christian refugee camp in Erbil, we heard the news that a Christian family had just arrived from Mosul.

This was extraordinary news. There were meant to be no Christians in the city that the monstrous Islamic State had ruled for nearly three years. As far as we knew, no journalists had interviewed this family, nor any Christians who had lived in Mosul during the entire time ISIS was in control.

The family — an elderly mother, her daughter, and her two sons — agreed to talk to us. They would not allow any photography or the use of their real names because they were terrified they would be killed. As we talked with them, the oldest son relating most of the stories, it became very clear there were, indeed, no Christians in Mosul, at least not in the open. The family, for various reasons, had converted to Islam.

Initially they were offered the jizya, the tax imposed on Christians by Islam from the beginning, which makes them second-class citizens, but within days ISIS said the jizya was not an option. This fact was documented by Nina Shea of the Hudson Institute and now proven by this eyewitness account. The only option offered was “convert or die.” The family went to the local mosque to profess the shahadah, the Muslim act of faith, and received their documentation.

Related: With Visions of Jesus, Islamic Extremists Turn to Christianity [2]

Two-and-a-half grisly and dark years followed before the family was liberated in a battle that still continues. They told us they never converted in their hearts — they prayed to Jesus in their home but removed all signs of their Christian faith. If ISIS found any signs, they would certainly have been killed. They feigned conversion to stay alive, initially believing ISIS would be gone in one month — so the “conversion” was meaningless.

Listening to their story, I found myself judging them, though I tried hard not to do so. If nearly all their neighbors had risked everything for their faith — and lost everything — why didn’t this family? It was only later I was reminded of the lapsi controversy of the third century.

I thought of a much more powerful application of the overused phrase: “Who am I to judge?”

In very similar circumstances to 21st-century Iraq, many Christians “lapsed” or denied their faith during the terrible Roman persecutions. The church was faced with a crisis: what to do when these lapsi returned, asking to be readmitted to the practice of the faith. Great division emerged in the church, leading to a schism between those who said they could never be readmitted, and those, eventually led by Pope Cornelius, who said that after lengthy and public penance, the church should show mercy to those who lapsed, and they could return.

Eighteen hundred or so years  later, the same difficulty has emerged in Iraq and probably Syria. The family has been accepted by the Christians who live in the refugee camp, but they know they can never return to Mosul — where they will certainly be killed for apostatizing from Islam, a far less forgiving faith. They are praying to be allowed to come to America, where they believe they will be safe and free.

Listening to their story — and their awful choice, if indeed it was a choice — I thought of a much more powerful application of the overused and suddenly fashionable phrase: “Who am I to judge?”