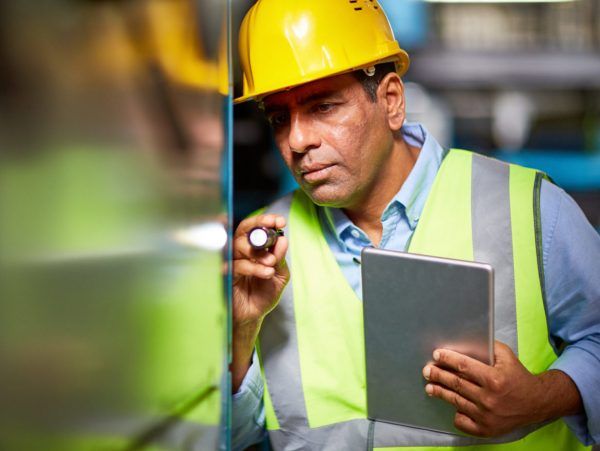 President Donald Trump took executive action Tuesday overhauling the controversial H-1B visa program, and even before the full details were unveiled, critics of the foreign-worker program are already praising it.

According to senior administration officials who briefed reporters on Monday, Trump will direct federal agencies to look for changes that can be made without legislative actions. Changes under consideration include raising visa fees, adjusting the wage scale governing the program and switching from a random lottery to a system that prioritizes workers with advanced degrees to award the visas.

“He’s the first president to actually do anything on the H-1B other than screw Americans, so in a sense, it’s a really big deal even though we don’t know what’s in it yet.”

“He’s the first president to actually do anything on the H-1B other than screw Americans, so in a sense, it’s a really big deal even though we don’t know what’s in it yet,” said John Miano, an attorney who practices employment law.

Under the H-1B program, companies apply for 85,000 slots each year to bring in workers from foreign countries. The visas are good for three years and renewable for an additional three. Although the intent was to give companies a way to address shortages of high-skilled workers, critics maintain that many visa holders, in fact, possess minimal skills.

Critics have also long accused corporate America of abusing the program to import low-wage workers and drive down the salaries of the native-born workforce.

A senior administration official, speaking on condition of anonymity, told reporters that 80 percent of H-1B visa holders earned less than the median wage in their industries.

“The result of that is that workers are often brought in well below market rates to replace American workers, again, sort of violating the principle of the program, which is supposed to be a means for bringing in skilled labor, and instead you’re bringing in a lot of times workers who are actually less skilled and lower paid than the workers that they’re replacing,” the official said.

The administration official said the Trump administration will search for ways to improve the program further, in ways that would require congressional action. In recent years, a variety of bills have been introduced to change the program, but they have failed to gain momentum.

Hal Salzman, a professor of planning and public policy at Rutgers University in New Jersey, told LifeZette that Trump has wide latitude to act unilaterally.

“I would think [this is] quite significant if they follow through on enforcement,” he said.

Trump’s executive action follows administrative changes by U.S. Citizenship and Immigration Services officials laying out extra scrutiny for low-wage computer programmers on H-1B visas. In addition, the Justice Department under new Attorney General Jeff Sessions has signaled that it will pursue [2] possible employment-discrimination cases against firms that use H-1B visas as a way to discriminate against workers on the basis of nationality.

Salzman said that more important than the letter of any new regulations — “though, I don’t think it’s trivial” — Salzman said, may be the signal it sends to employers.

“It introduces some uncertainty, and then the question becomes if there is uncertainty, do you start to self-police and move to a more stable source of workers?” he said.

“Directing the agencies to look at how companies are blocking qualified Americans is the best way to hire Americans first,” Donna Conroy, founder of the advocacy group Bright Future Jobs, said.

Conroy said she would like to see a requirement — proposed by Sens. Charles Grassley (R-Iowa) and Dick Durbin (D-Ill.) — that companies post job openings on the Department of Labor website for at least 30 days before seeking foreign workers.

Trump promised during the presidential campaign to stop companies from abusing American workers with the H-1B program, Conroy noted.

“These fall short — significantly short,” she said. “However, I am quite pleased that federal agencies are vigorously enforcing employment law  that protect American workers and stop H-1B abuse.”