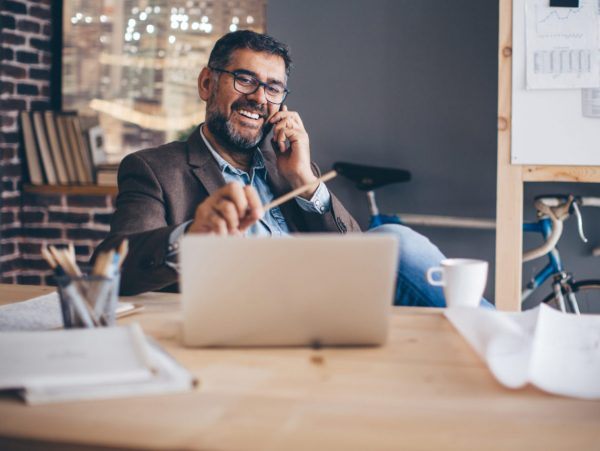 Keep your cellphone a safe distance away from your body when calls are coming in or going out, and in general, do the same at all other times. That’s essentially what the owner’s manual for your cellphone says, too.

It’s also what a draft document from the California Department of Public Health declares is best in regard to cellphone use and your risk for radiation exposure. The document was ordered released this past week as part of a lawsuit against the state of California for the information — the department had kept it hidden for years.

The two-page document, entitled, “Cell Phones and Health” has these words written across it: “Draft and Not for Public Release.” While the contents were widely anticipated, there is little there, it seems, that isn’t already known.

“There’s really nothing new here,” said Santosh Kesari, M.D., Ph.D., and a neuro-oncologist at John Wayne Cancer Institute at Providence Saint John’s Health Center in Santa Monica, California. Kesari has done research on this topic himself and said the jury is still out on all of this. There is no consensus yet on any real long-term consequence of having one’s cellphone glued to the ear or somewhere else on the body, as so many of us now do.

“These guys are telling us there is a risk, or at least there is a lot not known about the risks, and it’s best to avoid contact or exposure,” said one oncologist.

“The bottom line is, any [long-term risk] isn’t clear. Previous studies suggest the longer cellphones are used over 10 years, the higher the risk of developing various types of cancers, including brain tumors. These guys are telling us there is a risk, or at least there is a lot not known about the risks, and it’s best to avoid contact or exposure. And exposure is directly proportional to the distance from your body,” Kesari told LifeZette.

While he uses a headset or headphones to limit his own exposure to the electromagnetic frequencies (EMFs) when using his own phone, what Kesari said he would take most seriously from this newly released data, if anything, is the concern over the potential long-term impact of cellphone use on children.

The fact sheet states, “EMFs can pass deeper into a child’s brain than an adult’s” and suggests parents limit their child’s cellphone use to texting, important calls, and emergencies.

“Children’s heads are smaller and thinner,” said Kesari. “There could be more radiation exposure and more biological effects in kids than in adults. I have to agree that if there is an effect, it would be even bigger in kids.”

But he added that far more research needs to be done to learn the true impact of long-term cell phone radiation exposure on any of us. “There are biological effects of all this radiation that we’re exposed to and it usually means that it could have some negative or positive effect in the future.”