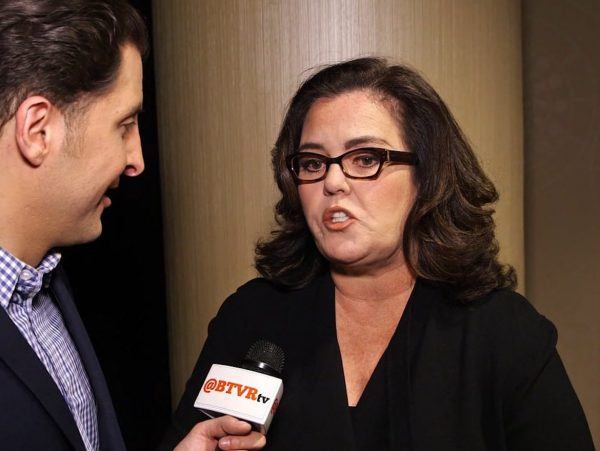 If you’re going to choose a celebrity speaker to headline your political protest, Rosie O’Donnell should be somewhere near the bottom of your list.

As someone who bullied a child and was forced to apologize publicly for it — O’Donnell, as many remember, suggested 10-year-old Barron Trump was autistic and then used it as a platform to call Donald Trump a liar — she’s not a public figure who brings a lot of legitimacy with her.

On top of her treatment of the Trump family, she has publicly called for “martial law” and the impeachment of a brand-new president.

On top of her treatment of the Trump family, she has publicly called for “martial law” and the impeachment of a president who has been in office for slightly over a month.

Still, O’Donnell was chosen to speak at a protest Tuesday night outside the White House. “This is not Russia. To Donald Trump and his pathetic band of white, privileged criminal businessmen, I would like to say to him, ‘Nyet, sir,’ ” O’Donnell said at the rally, which was dubbed “A Resistance Address: Defending American Values in a Time of Moral Crisis.”

The gathering was organized by groups like the ACLU, NARAL Pro-Choice America, VoteVets, and the Hip Hop Caucus. It was meant as a protest of President Trump’s address to Congress … or something like that. It was hard to tell.

“He lies, he lies, he lies,” the comedian said of Trump. “And it’s about time they all [the media] started saying that, instead of, ‘It appears as if he hasn’t been speaking the truth.’ Cut it down to the least common denominator, like he does.”

O’Donnell spoke through the rain to a gathering of a few hundred people. At one point, she left the stage and promised to come back, but never returned — though organizers promised she would be marching with the group to the Capitol.