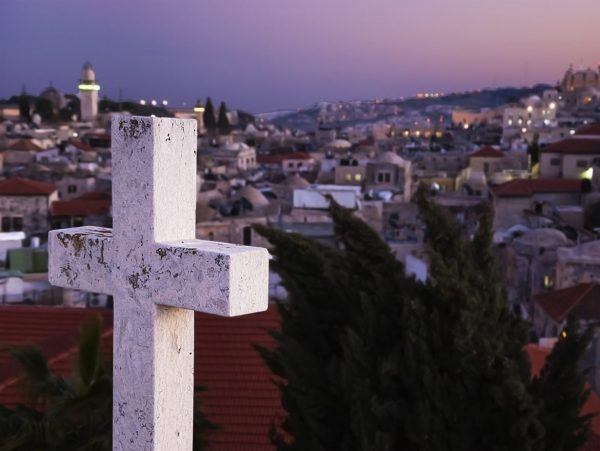 The challenges to Western Christianity in the United States, but also to Europe, have been the subject of several new books out this year.

One could even argue that the warnings advanced by some of the authors about the decline and “soft persecution” of orthodox Christianity in the U.S. are not warnings for European Christians — but reality.

It is a function of the prophet, as Ronald Knox said at Hilaire Belloc’s funeral, to “see the evils of the day in a clear light.”

Among the authors of these books — called “alarmists” by one critic — are Archbishop Charles Chaput of Philadelphia; the well-known writer and academic Anthony Esolen; and the journalist and blogger Rod Dreher. Overlooked by many in their reviews is also the work of First Things Editor Rusty Reno.

In broad strokes, it is possible to say they all deal, in some way, with the perennial issue in Christianity of “fight or flight” — the challenge in which society appears to be too corrupt or too inimical for Christians to participate in the life of the public square.

These authors certainly sound the alarm about the rapid disintegration of Christian culture and the forces that are actively hostile to it. With one exception, they propose fight, not flight.

Related: In Defense of Prayer on America’s Military Bases [1]

They are fighting to reclaim society for Christ, fighting for the right to live faith in the public square, and fighting for the family, particularly — the bedrock of society — against the multiple anti-family forces, including the media and government.

Many, if not most orthodox Christians, would agree with much of what these notable authors write — to criticize them as “alarmists” seems rather peculiar. Surely, if the ship is heading toward the iceberg, failing to sound the alarm is both unwise and cowardly, yes?

It is a function of the prophet, as Ronald Knox said at Hilaire Belloc’s funeral, to “see the evils of the day in a clear light.”

That vision will usually receive both criticism and hostility, often from those within the family of the Faith — that should be no surprise. The criticism of “alarmism” also seems to presuppose that sounding the alarm is a sign of negativity, yet the canary in the mine was there to save lives; without the canary, people died.

With tens of millions of abortions, the sacred bond of matrimony “redefined,” increasing government interference in every aspect of family life and education, and anti-Christianity being the last acceptable prejudice — fighting is necessary.

Related: A Day Without an Abortion in America [2]

The alarm has been powerfully sounded and a vibrant debate has truly begun. This can only be a good thing for those who take their faith seriously and wish to further God’s kingdom on this earth. Perhaps the return of “Christendom” is not a possibility, at least in the near future; but there is certainly nothing wrong with aspiring to that noble goal.

The one exception to the “fight” narrative — reclaiming and engaging with the culture — is “The Benedict Option” by Rod Dreher. Dreher would probably argue that his book has as much “fight” in it as the others, and he would be correct; but his fight comes through flight.

“The Benedict Option” is an idea first coined by the philosopher Alasdair MacIntyre, who saw the figure of  St. Benedict of Nursia and the monastic family he founded as the source, not only of the survival of Christianity as the Roman empire collapsed, but of the creation of later Christian society, or Christendom itself.

Broadly speaking, it was St. Benedict’s decision to flee the corruption of Rome — the “fuga mundi” — and establish an alternative Christian society outside of the mainstream, ultimately Western monasticism, that is the model for Dreher’s thesis.

Not that individual or families become monks but, as the clearest of the “alarmists,” Dreher sees no short-term hope for the revival of Christian society without that necessary withdrawal or “flight.”

It is interesting to note, on a personal level, that, in the nearly 18 years I have lived in the United States, I have observed the idea of much of what Dreher proposes become a reality.

Families have moved to live near some of the new and ancient monasteries, like Clear Creek in Oklahoma. The new Catholic colleges, vibrant centers of orthodoxy and youthful enthusiasm, have themselves become little centers of the “Benedict option” — Wyoming Catholic College and Thomas Aquinas, to name but a few.

In fact, pick any of the new authentically Catholic colleges, and you will find families and individuals who have moved there to be part of the community. This seems to be part of what Dreher envisions in the “flight” — with community, liturgy, and family at the center of the alternative society.

Critics of Dreher’s vision have warned of the “Catholic ghetto,” and proposed the second-century “Letter to Diognetus” as a better model of how Christians should live in a pagan culture; Archbishop Chaput focuses on that model in his book.

Yet it is perfectly possible to argue that there is no discrepancy between the “Letter to Diognetus” and “The Benedict Option.” Second-century Christians were certainly in a pagan culture; in fact, they were often in grave danger. Moreover, they were far from assimilated into the culture. They were an alternative society, tightly bound by their liturgical practice and family life, even though they lived among pagans.

Pope Benedict XVI — who took the name of St. Benedict partly because of the eclipse of Christianity in the West — has described, in his final “Testament” interview with Peter Seewald, his depression and sadness as he has witnessed the slow death of the faith in much of the West. Maybe his vision of a “smaller, purer church” will be the fruit of the dialogue between fight and flight?