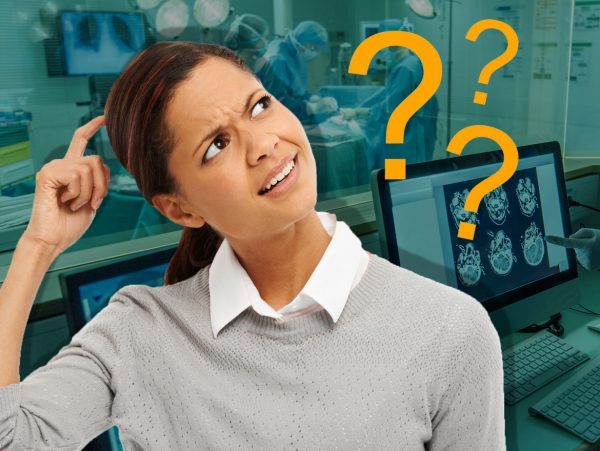 We may not like Obamacare or be able to afford it — but have gotten used to operating under it (or some people have, anyway). So repeal and replace has many Americans feeling confused, anxious, or very in limbo — even those who support something getting done.

Recently, Jeff Anderson of the Hudson Institute and I discussed the current status of the ACA repeal on “The Laura Ingraham Show.” The two of us agreed maybe 50 percent of the time. Colleagues who were listening struggled to understand why we seemed so far apart on the “facts.”

If knowledgeable physicians are in this predicament, how does the average American sift through what is fact versus “fake news,” or the daily “expert overload” that’s taking place in our living rooms via the mainstream media?

Tune Out When ‘Experts’ Filibuster
The problems with the ACA have been readily acknowledged by all but the most partisan supporters. When critics start repeating these problems versus discussing a solution, don’t fall for it. It’s like the magician’s hand, meant to distract. Focus on their actual plans.

I find it interesting that President Trump has not backed any current Republican proposals and suspect it isn’t an accident.

Tune Out When ‘Experts’ Blame the Democrats
Obamacare was the only piece of major legislation in the last eight years to pass without bipartisan support. The Democrats own it. But the failures of the ACA were also a major reason President Donald Trump won the 2016 election.

Republicans are now in the same position the Democrats were in 2008: They control the House, the Senate, and the presidency. By their action or inaction, they own it now. Perhaps that’s why Republicans in Congress were — and are — so unsupportive of Trump. Had Hillary Clinton won, they could have played the old Washington game of point the finger.

Use Common Sense
The Republicans have long espoused “block grants” to the states for Medicaid funds. They promote this as being a major cost saver, but where is any data to support that?

If you and I go to Dunkin’ Donuts and buy two cups of coffee, we spend the same amount, regardless of who pays. That’s what “block grants” to Medicaid do; they just give the same money the feds would be spending to the states. In no way does it address the cost of medical goods and services that are rising faster than the rate of inflation. Because of that, it’s sure to fail spectacularly.

Don’t Judge Until It’s in Actual Legislative Form
Don’t judge or freak out. Everyone has an opinion now about what any changes will do or undo. Instead, ask these questions of any plan once it is in legislative form: Do key members of the House and Senate committees who will be needed to advance the bill to a vote support it? Has President Trump come out and supported it specifically?

I find it interesting that he has not backed any current Republican proposals and suspect it isn’t an accident. Trump knows they are fatally flawed.

Finally and most importantly, has the Congressional Budget Office analyzed them for their effect on the economy? If this group has, did they do it as a tax bill or not? Remember that the ACA was really a “tax bill masquerading as health care reform.”

Related: Tough Talk, No Action Yet on Rising Drug Prices [1]

Remember Most ‘Experts’ Are Biased
Most of those being asked to weigh in on the issue work as lobbyists or at the numerous “policy institutes” that occupy prime downtown real estate in Washington, D.C. The allegiance of the various lobbyists is usually obvious — just Google their name and the client list of firms they work for, and you will see. Policy institutes are most often biased as well. They get private funding from donors who have a point of view. Those experts get paid to backfill data to support those donors’ positions, then publicly tout them.

My grandfather used to say, “Don’t let other people track mud through your mind.” It is critical as Americans that we focus on this issue. Health care is one fifth of the economy; its costs are out of control and are hurting all Americans. If we don’t deal with this issue now, we will see continued wage stagnation, more bankruptcies due to unpaid medical bills, and no money for new infrastructure projects or to fight terrorism.

Dr. Ramin Oskoui, a cardiologist in the Washington, D.C., area, is CEO of Foxhall Cardiology PC and a regular contributor to LifeZette.