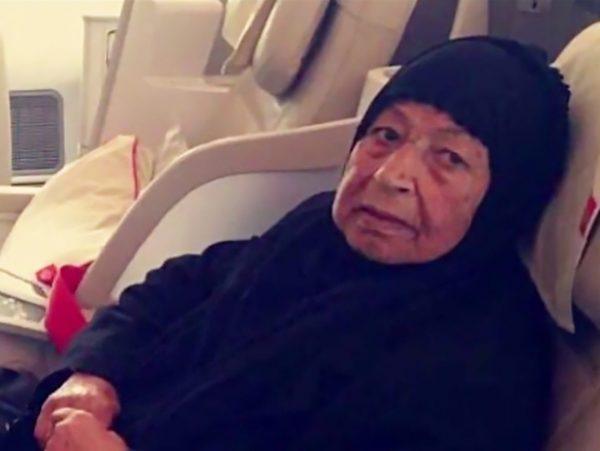 If anti-Trump fake news were a dumpster, the mainstream media would be the flies buzzing around it, and generally delighting in feeding off its trashy goodness. Mainstream media types seem to be operating on the premise that ruining President Trump is more important than facts. First it was Buzzfeed. Then it was TIME magazine. Then, it was The Daily Beast. This week, it’s CNN, CBS, and Yahoo (oh, and TIME and Buzzfeed again).

A man named Mike Hager claimed his mother died in Iraq after Trump’s executive order temporarily halted refugees from entering the U.S. from seven war-torn nations. He had a picture to boot! Rather than taking the time to vet this story, media organizations decided to operate under a why-would-anyone-lie-about-anything paradigm and run with it. Oops. Hager’s mother actually died several days before the executive order was issued.

The mainstream media was bleeding from the eyes over fake news when they were pretending it was the iceberg that sank the Hillary Clinton campaign.

What if the story had been that an Obama executive order had killed an old lady? Would these so-called news organizations have vetted the facts? Would someone at TIME, CNN, CBS, Yahoo, or Buzzfeed have played the role of fact checker and said, “Whoa! Hold up. Let’s make sure that’s legit.”

Flashback two weeks to when Zeke Miller of TIME reported that MLK’s bust had been removed from the Oval Office. Would the MLK panic of 2017 have been the same if the bust had been wrongly perceived as missing from Obama’s Oval Office? Nobody knows. But everybody knows.

The mainstream media is left-handed. They can’t stop accidentally reporting lies that trash President Trump, yet they would never, ever, not for a million bucks accidentally report that Donald Trump did something great. They’d fact check it from every angle, and if that didn’t help, they’d dream up reasons it wasn’t great. Their goal of pushing a left-wing agenda is blatantly clear.

Get on Twitter and search “Muslim Ban.” You’ll find reporters and commentators from CNN, Politico, and many others calling Trump’s executive order just that, a Muslim ban or using the hashtag #MuslimBan. But only 15 percent of the world’s Muslim majority countries are even affected at all by the executive order.

According to Pew research study, 34 percent of all the Muslims in the world live in Indonesia, India, and Pakistan, none of which are affected. In fact, the seven countries included in the EO (Iraq, Iran, Libya, Sudan, Somalia, Yemen, and Syria) are home to only 12 percent of the world’s Muslims. That means this alleged Muslim ban has no effect on 88 percent of the world’s Muslims. Not to mention the whole thing is a 90-day pause.

Where in the mainstream media are the cries of fake news? Where are all the reporters who have read the EO and understand what’s in it? When Senate Minority Leader Chuck Schumer weeps for the cameras because of a legal 90-day immigration halt, why doesn’t it draw the same ire as a not-as-nuanced-as-it-could-be Trump tweet? Where’s the outrage when Nancy Pelosi channels Joe McCarthy and makes the 100 percent evidence-free claim that Steve Bannon is a “white supremacist”?

The mainstream media was bleeding from the eyes over fake news when they were pretending it was the iceberg that sank the Hillary Clinton campaign. So, why aren’t they freaking out about it now?

The reason is that the term fake news — created as a scapegoat to take the fall for Hillary’s epic fail of a presidential campaign — has nothing to do with veracity of information or the disseminators of that information. It is simply a nifty little hashtag-ready phrase created to discredit conservative media outlets.

All you have to do is gauge the reactions. Daily Beast, TIME, AP, CNN — they get something wrong and it’s all: “Mistakes happen, fog of war, parody account, someone was standing in the way, blah, blah, blah.” But miss a fact when you’re a conservative news site and instantly the mainstream media is comparing you to Nazi propagandists and opinion writers are lobbying Congress to silence you.

But the truth is, the mainstream media is happy to abandon truth in order to attack the Trump administration and its policies.

Fake news isn’t new. It’s as old as the stars and stripes. And Donald Trump is not the first president to be on the receiving end of it. Thomas Jefferson — who was proclaimed to be an atheist and later “dead” by Federalist media during the election of 1800 — even griped about it in his second inaugural address saying, “The artillery of the press has been leveled against us, charged with whatsoever its licentiousness could devise or dare. These abuses of an institution so important to freedom and science, are deeply to be regretted, inasmuch as they tend to lessen its usefulness.” He went on to say the fake newsers of yore who attacked him have been, “left to find their punishment in the public indignation.”

The mainstream media has seen the indignation of the public in the form of a red-from-sea-to-shining-sea electoral map. They tried and tried to destroy Trump. First, they called him unfit and unworthy. When that didn’t work, they called him Hitler and Mussolini. But their anti-Trump propaganda campaign had no effect — Trump won big. Huge. And the more agenda-driven they become, the more they will continue to suffer “the public indignation” that Thomas Jefferson promised.

Eddie Zipperer is an assistant professor of political science at Georgia Military College and a regular LifeZette contributor.