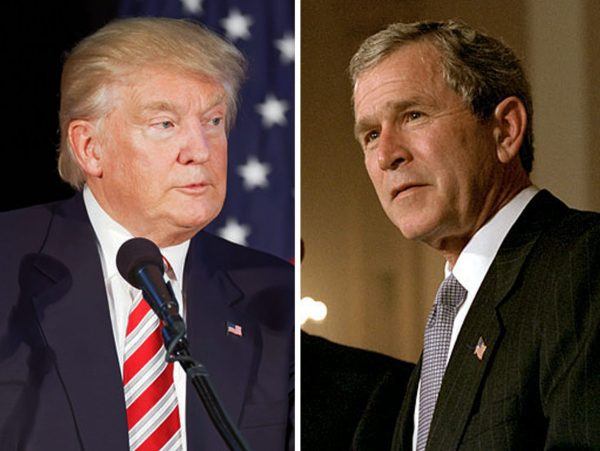 White House press secretary Sean Spicer responded to former President George W. Bush’s criticism of President Donald Trump’s travel ban executive order, noting that current presidents are given information about “current threats” and the “current landscape” that previous commanders-in-chief are not privy to during an interview Monday on “The Laura Ingraham Show.”

Bush made waves Monday when he expressed disapproval of Trump’s immigration orders barring non-green-card entry from seven terrorism-compromised countries during an interview on NBC’s “Today Show.”

“But with respect to [Bush’s] criticism, I think that … one of the things that’s different is that when you’re president currently, you’re provided with information and access to information about where the current threats and the current landscape is in terms of what America is facing,” Spicer told LifeZette Editor-in-Chief Laura Ingraham.

“And I think every president would acknowledge that the information that they get provided to them on a daily basis is given to them to make decisions about what is in the best interests of the country at the time,” Spicer added.

Liberal politicians, activists, and the mainstream media have decried the executive order as a “Muslim ban.” Bush on the “Today Show” suggested he is “for an immigration policy that’s welcoming.”

Spicer said Trump’s primary focus continues to be the safety and security of U.S. citizens.

“President Trump has done everything he can and continues to do to protect the country based on the information that we get, the threats that we could potentially face,” Spicer said.

Former House Speaker Newt Gingrich told Ingraham in a separate interview that he was “not quite sure” what Bush’s motive was in giving this interview the day before Trump is set to deliver his first address to a joint session of Congress. He suggested Bush and other Establishment politicians “misunderstand the whole nature” of what the Trump administration is trying to accomplish.

Gingrich also tweaked Bush for foreign policy failures during his tenure in office.

The apparent criticism of Trump from Bush was not confined to the travel ban. The former president struck a tone similar to Sen. John McCain (R-Ariz.) in chiding Trump’s ongoing war with the media.

“I considered the media to be indispensable to democracy,” Bush said. “Power can be very addictive, and it can be corrosive … And it’s important for the media to call to account people who abuse power.”

Gingrich hammered Bush for ignoring some of the media’s blatantly biased coverage of the Trump administration.

“Look, I think the establishment wing of the Republican Party has always wanted to be liked by the rest of the Establishment,” Gingrich added. “They value The New York Times. They value The Washington Post. They would like CBS News to be their friend. And if that means they have to give up conservatism, and that means they have to accept things that are really stupid, then they do so and they think they’re quite clever doing it.”