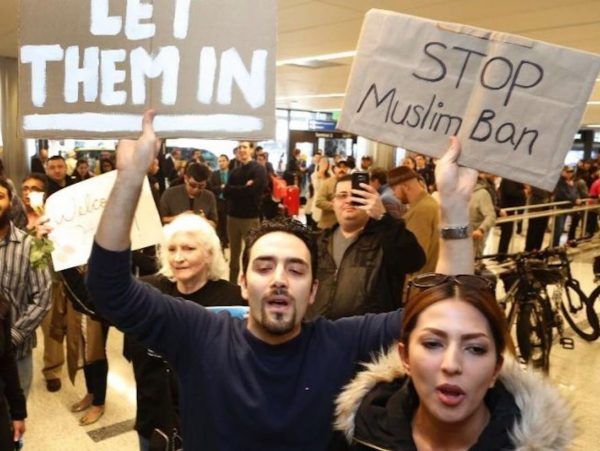 Legal scholars and some Republican members of Congress on Thursday blasted an appeals court ruling [1] keeping President Donald Trump’s temporary travel ban [2] on ice while the states of Washington and Minnesota challenge its legality.

The three-judge panel of the 9th U.S. Circuit Court of Appeals in San Francisco delivered a unanimous rebuke of Trump’s position.

“The ruling is outrageous. It’s an abomination. It’s an intrusion on the president’s authority in the area of foreign policy and national security.”

Joseph diGenova, who served as a U.S. attorney under President Ronald Reagan, said it was disappointing but not surprising.

“You could tell this was a pretty liberal panel,” he told LifeZette. “The ruling is outrageous. It’s an abomination. It’s an intrusion on the president’s authority in the area of foreign policy and national security.”

DiGenova said it does “very serious damage to sell to the separation of powers,” adding that it “quite frankly is a judicial embarrassment … This is a judicial coup d’état.”

But Washington State officials gloated over the ruling.

“Bottom line: This is a complete victory for the state of Washington,” Washington Attorney General Bob Ferguson said at a news conference. “We are a nation of laws, and as I have said, as we have said, from Day One: Those laws apply to everybody in our country, and that includes the president of the United States.”

The appellate court decision does not end the case. The Trump administration can appeal to the Supreme Court. And even if he loses there, there has been no ruling yet on the underlying case.

But the ruling does mean that Trump cannot enforce his executive order temporarily shutting down the refugee program and all travel from Iran, Iraq, Somalia, Sudan, Yemen, Libya, and Syria, pending a review of procedures used to scrutinize people coming into the country from countries where governments are too weak or too hostile to cooperate with the U.S. government.

The ruling, while not final, also indicates that the judges believe the plaintiffs are likely to win. The appeals court explicitly declined to limit its order to only parts of the executive order while leaving others in place.

“That limitation on its face omits aliens who are in the United States unlawfully, and those individuals have due process rights as well,” the opinion states.

Even if the restraining order issued by U.S. District Judge James Robart was overly broad, the opinion states, “it is not our role to try, in effect, to rewrite the Executive Order.”

The court ruled the government had failed to present evidence indicating that the risk to the public of putting a hold on Trump’s order outweighed the harm suffered by Washington and Minnesota. The judges also wrote the Trump’s original campaign proposal for a Muslim ban could be considered by the trial judge.

DiGenova quipped, “I suppose these three judges will open a small office in their chambers to issue visas.”

Trump tweeted, “SEE YOU IN COURT,” and told reporters at the White House that he would decide who would handle the appeal to the Supreme Court.

“But we’re going to win the case … It’s a decision that we’ll win, in my opinion, very easily,” he said. “And by the way we won this decision in Boston.”

The ruling comes on the same day that Yahoo News broadcast an interview with Bashar al-Assad in which the Syrian president said there were “definitely” terrorists among the 4.8 million people who have fled his country during its nearly 6-year-old civil war.

Sen. Tom Cotton (R-Ark.) released a statement arguing that Trump’s executive order was “plainly legal” under both statute and the Constitution.

“No foreigner has a constitutional right to enter the United States and courts ought not second-guess sensitive national-security decisions of the president,” he stated. “This misguided ruling is from the 9th Circuit, the most notoriously left-wing court in America and the most reversed court at the Supreme Court.”

“Unfortunately, American lives are at risk until this unfounded and reckless order is reversed by the Supreme Court,” he said in a statement.