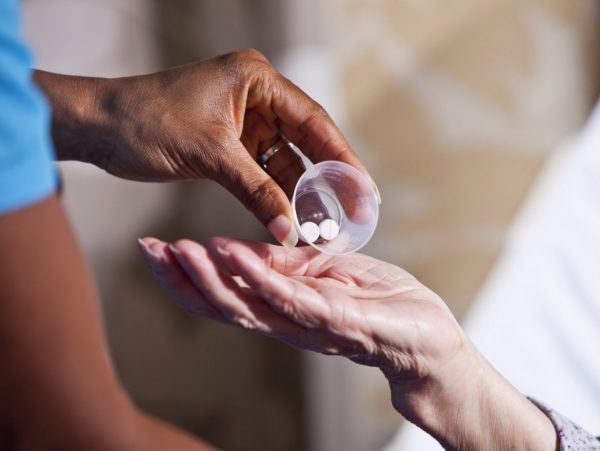 Every day as a practicing cardiologist, I have patients tell me they can’t afford the price of the heart medications that keep them alive and out of the hospital. I know I’m not alone — and these aren’t patients without health insurance.

President-Elect Donald Trump on Wednesday acknowledged that pharmaceutical companies are “getting away with murder” in what they charge the government for medicine, and he promised change. Trump proposes allowing Medicare to negotiate better prices.

However — Trump needs to “go big or go home.” He needs to realize that all Americans are victimized by drug prices in this country, not just the government.

It is rare we ever pay the same price for the same drug. How would you feel if you went to Dunkin’ Donuts and the person ahead of you paid half of what you paid for coffee?

Spending on prescription drugs in the U.S. was $425 billion dollars in 2015 and will likely climb past $610 billion by 2020. Some of these costs we pay out-of-pocket, some of it is hidden in wage stagnation — our employers pay higher health insurance premiums and we don’t see a rise in our paycheck.

Sen. Rand Paul (R-Ky.) said “kicking the can down the road for a year or two years isn’t going to make it any easier to solve.” He’s right in that we don’t have that long, given the rapid rise in Medicare and Medicaid compared to tax revenues.

It is rare we ever pay the same price for the same drug. How would you feel if you went to Dunkin’ Donuts and another customer paid half of what you paid for coffee? How does it feel to know that in Canada, the prices for drugs are anywhere from four to 10 times less than in the U.S.?

President Obama and most politicians don’t care, as they will have left office when the federal budget explodes like my patients’ budgets already have. How many of our lawmakers do you think are avoiding medical procedures, going bankrupt over emergency hospitalizations, or not filling prescriptions because of the cost?

None. And here is why: There is a huge medical office run by the military that serves them — and it’s on Capitol Hill. Oh — and they exempted themselves from Obamacare from the onset. It was good enough for the American people, but not good enough for them.

There is a simple solution. It doesn’t require any new laws, would save hundreds of  billion dollars immediately, and would fix the cost issues in health care (and the federal budget) to make it financially solvent.

Trump needs to immediately enforce 15 U.S. Code (the Sherman, Clayton, and Robinson-Patman anti-trust acts) against all medical industries including, but not limited to, Big Pharma. The Robinson-Patman Act federally bans price discrimination for buyers of like kind and quality. In layman’s terms: We all would pay the same low price for drugs and medical services. Then the monopolists in medicine would have a choice — lower prices, or criminal prosecution.

Related: How Passive Patients Hurt Themselves [1]

We could also enforce the anti-collusion components of the Sherman and Clayton anti-trust acts against anyone who wouldn’t post a price or charge the same price to everyone, regardless of how they pay. Right now it’s easier to get a root canal than to get a hospital to tell you what it will charge you for a procedure beforehand.

President-Elect Trump, please ignore the siren song of the K Street lobbyists and industry people who say that any cut in prices will cripple innovation while funding political campaigns of both Republican and Democratic congresspeople. What pharma doesn’t say is they make their profits in America, while the rest of the developed world pays little more than the cost of the drug manufacturing.

My patients are more concerned about drugs that exist now that could save their lives and keep them out of the hospital, which they can’t afford — not drugs that haven’t been invented yet.

Dr. Ramin Oskoui, a cardiologist in the Washington, D.C., area, is CEO of Foxhall Cardiology PC and a regular contributor to LifeZette.