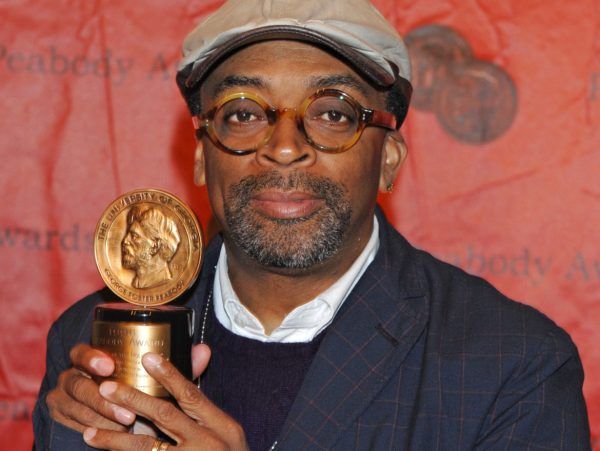 Director Spike Lee has announced that, despite considering adding the music of singer Chrisette Michelle to his upcoming television series, he has dropped the musician from the running. His reason? Her decision to perform at a Donald Trump inaugural event.

Michelle was able to put her differences aside in accepting an invitation to perform for Trump. She put her art above her politics.

“Good Morning Folks. I Wuz Sorry To Read That ‘Sistuh Girl’ Is Singin’ At DT’s Inauguration (And To Use His Fav Word-SAD). I Wuz Thinkin’ ’bout Using Chrisette’s Song- ‘BLACK GIRL MAGIC’ In My Netflix Series ‘SHE’S GOTTA HAVE IT’…. NOT ANYMORE. And Dat’s Da Truth, Ruth,” Lee wrote on Instagram.

The ironic part about Lee’s blacklisting of Michelle is that the singer is not even a Trump supporter. In a post on Instagram, the artist said, “My heart is broken for our country, for the hopes of our children, for the fights of those who came before us.” But she put her country first. She put her differences aside in accepting an invitation to perform for Trump. She put art above politics — as so many other entertainers have not been big enough to do.

“Today, I hope that Great Moments begin in peaceful & progressive conversation. I am willing to be a bridge. I don’t mind These Stones, if they allow me to be a voice for the voiceless. I am here,” she continued in the Instagram post. “Dr. Martin Luther King Jr. said, ‘Our lives begin to end, the day we become silent about what matters.’ I am here representing you, because this is what matters.”

The contrast between the two artists is clear. One uses his art as a petty and political weapon. The other wishes to use her talents to bridge gaps and bring people together — something always needed when a country is in a political transition.

Though it’s unclear whether Lee had gone through the process of actually licensing Michelle’s music for his show, the motivation for the director’s decision to cold-shoulder her art and blacklist her from his show suggests a blacklist in Hollywood — which conservative artists have been bringing up for years.

Lee has decided he doesn’t want to work with someone based solely on politics. That’s not a decision that can be made in many businesses without consequences.

Michelle, for her part, seems far more mature in her view of the world and the country.

Art should heal, not divide.